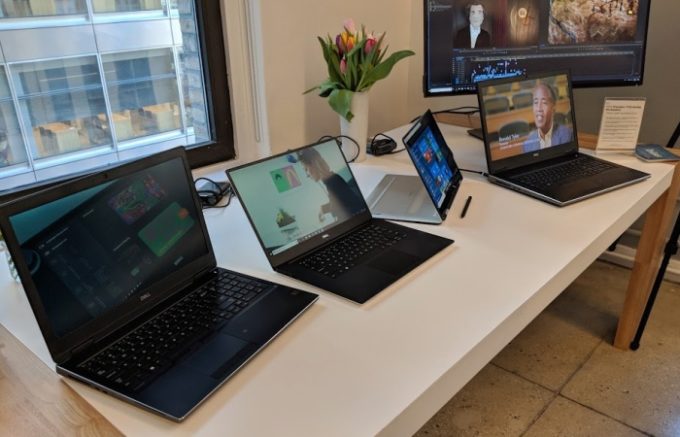 The 15 inch Dell Precision 3530 is an entry-level with up to a Core i7 hexa-core chip, up to 32GB of RAM, and optional NVIDIA Quadro P600 graphics.

The Precision 5530 is a thin-and-light 15 incher with up to a 4K display, up to a Core i9-8950HK processor, and up to NVIDIA Quadro P2000 graphics. If this model looks familiar, that’s because it has the same chassis as Dell’s XPS 15 laptop for consumers. But the workstation version comes with pro graphics card options.

Dell also created a Precision workstation version of the XPS 15 2-in-1 notebook. The professional version is called the Precision 5530 2-in-1, and it has a 4K display, a 360 degree hinge, support for pen input (with a pen that supports 4096 levels of pressure sensitivity), and Intel’s Kaby Lake-G processor with integrated AMD Radeon graphics.