It’s a high-end phone with a big, bright display, a big battery, and (mostly) top-tier specs. 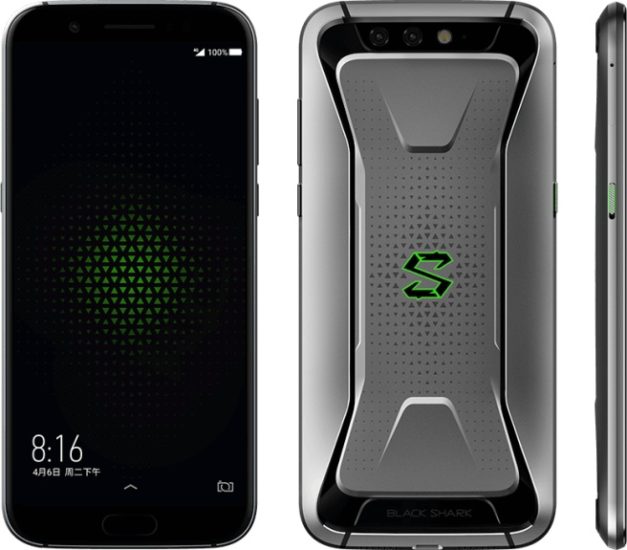 The Black Shark Gaming Phone is also designed to work with an optional detachable game controller, allowing you to use physical buttons and an analog stick when you need it, but also allowing you to detach the controller and slide the smaller, slimmer phone in your pocket when you just want to use it as, well, a phone.

Oh, and the Black Shark Gaming phone has a liquid cooling system which the company says helps it dissipate heat better than other phones with similar specs, allowing it to score higher in benchmarks and run games and other apps for an extended period without throttling. 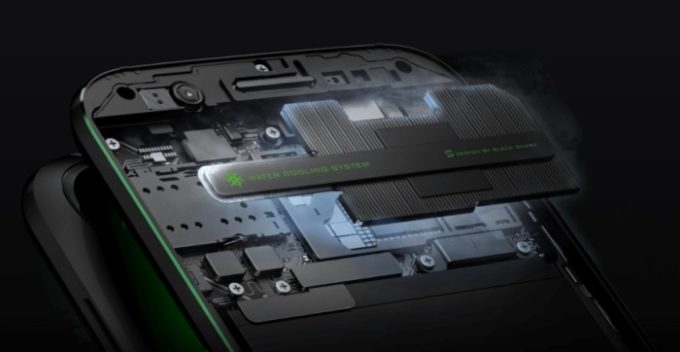 The Black Shark Gaming smartphone should be available in China soon for about $475 and up.

This isn’t the first gaming phone we’ve seen. Last year gaming hardware company Razer launched a phone aimed at gamers that featured a high-res display with a high screen refresh rate, stereo speakers with dedicated amplifiers for each speaker, and a 4,000 mAh battery.

And 7 years ago Sony launched the (possibly ahead of its time) Xperia Play, which blurred the lines between a phone and a handheld game console.

Black Shark’s phone may not have built-in controllers like the Xperia Play, but it makes up for that with modern specs. And it has a lower-resolution display and less impressive speakers than the Razer Phone. But it has a lower price tag and that unusual liquid cooling system.

Here’s a run-down of the new phone’s specs:

The detachable game controller is a an optional accessory that will be free for the first 50,000 customers, but after that it’ll set you back about $30. It has a 340 mAh battery and communicates with the phone via Bluetooth, so you could also use third-party controllers if you’d prefer. Alternately, you could use the Black Shark controller with other phones.

Update: GizmoChina has found some hands-on photos. From the front the Black Shark gaming phone looks like pretty much any other modern smartphone (sans the notch). From the back, it looks kind of chunky and huge… but the unusual back cover should make the phone a bit grippier than a typical smartphone, which I suppose is useful for extended gaming sessions.