Last September AFTV News reported that Amazon was working on at least two new Fire TV devices, a pendant-style model that would dangle from your TV’s HDMI port, and a cube-shaped device that would basically be a cross between an Amazon Echo Dot and a Fire TV.

A few weeks later, Amazon unveiled the $70 Amazon Fire TV with 4K support, and the pendant-style design. The company had nothing to say about the cube… until now.

There’s still not a lot of information, but the company has at least confirmed the name. There’s a page on the Amazon website where you can sign up to learn more about the “Fire TV Cube” when details are available. 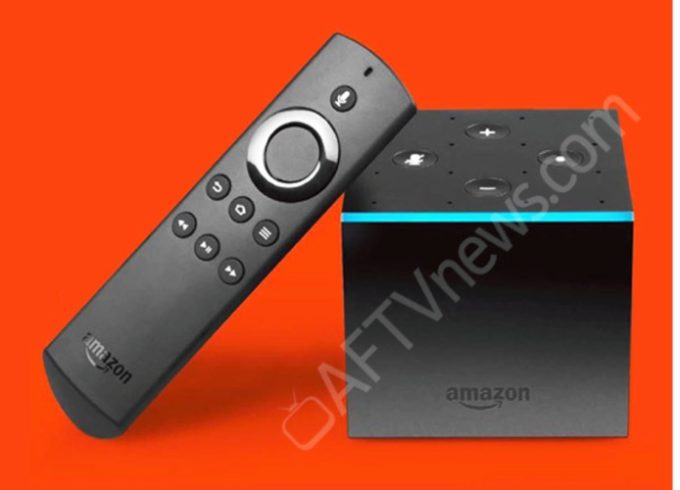 Unfortunately, when I tried to sign up, I got an error message. I get the feeling the page went live a little earlier than expected.

That said, the “cube” name sure makes it sound like Amazon is talking about the box we first heard about last year.

At the time, AFTV News suggested that the Cube-shaped box would have Echo-like buttons atop the box, including mute and volume buttons, as well as a light bar to let you know when Alexa is listening, and a microphone array for far-field voice detection, so you can interact with Alexa from across a room.

It’s also expected to come feature an IR emitter, allowing you to use it to control the power and volume on your TV. Thanks to the Alexa functionality, this may allow you to do things like turn on your TV with a voice command.

Other Amazon Fire TV devices also support Alexa, but currently require you to press a button and speak into the mic on a Fire TV remote control.

It’s unclear if the Fire TV Cube will have a faster processor or other features to help set it apart from the pendant-style device, but it will almost certainly be more expensive than either the current Fire TV or the cheaper $40 Amazon Fire TV Stick.

It may also bring back something that earlier Fire TV devices had: Ethernet and USB ports and/or an SD card slot.

Update: An Engadget reader sent in a page from the user manual for Amazon’s Ethernet adapter for Fire TV devices with a picture of the back of a Fire TV Cube. It looks like a pretty small device that has an HDMI port, power jack, micro USB port, and an Infrared port, but no USB or Ethernet jacks. That’s why you need to use an adapter if you want to plug in an Ethernet cable. 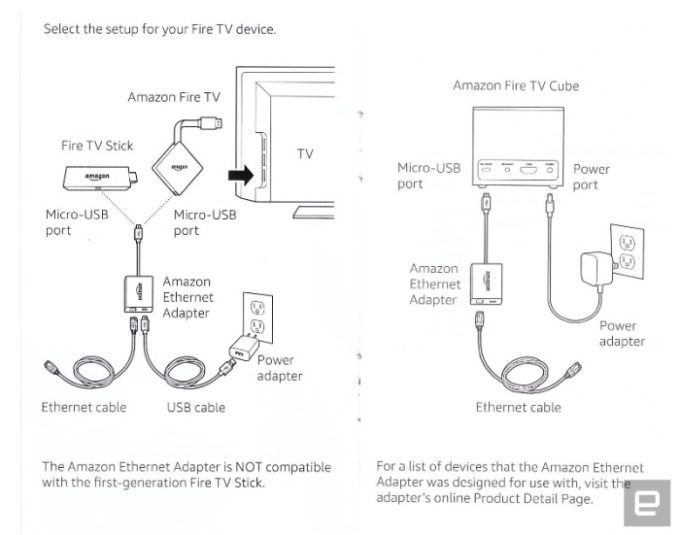 8 replies on “Amazon Fire TV Cube on the way (maybe with a mic, speaker, and Alexa support)”