The next major version of Windows is coming soon, and along with a new AI framework, a new Sets feature (tabs for grouping a bunch of app sin a single window), new privacy settings menus, and a bunch of other changes, the Windows 10 spring update (Redstone 4) will include new command line tools for power users.

That includes native support for some features that are commonly found in free and open source operating systems including GNU/Linux distributions and OpenBSD such as OpenSSH and native support for creating and unpacking .tar archives and using Curl for sending and receiving files.

But it also brings new functionality to the Windows Subsystem for Linux (WSL, giving you more ways to run Linux binaries on a Windows computer without emulation. 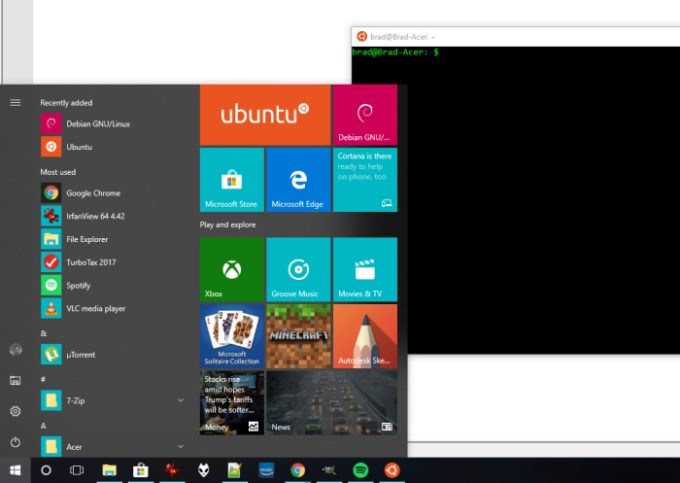 There are now 5 different Linux distros available from the Microsoft Store. Enabling the Windows Subsystem for Linux and installing any of those distros lets you fire up a terminal to run Linux apps or commands, or even install new apps using tools like apt.

Microsoft says the Windows 10 spring update will bring more functionality to WSL, including:

Other changes coming in the Windows 10 spring update include support for Unix Sockets, an enhanced session mode for Linux virtual machines running on Hyper-V, and a Quick Create tool for adding new virtual machines without following a multi-step wizard to set them up.

Microsoft is also adding support for console applications to the Universal Windows Platform, which means that developers can create third-party console apps and distribute them through the Microsoft Store.