Want to play some classic games on your smartphone? Just fire up an emulator and your $1000 phone can run some decades-old, grayscale Game Boy games.

But if you miss the physical buttons, greyscale (or greenscale) display, and distraction-free environment of the original Game Boy, the Wanle Gamers Console for iPhone is something a little… different.

It’s basically an Phone case that slaps a Game Boy-like handheld console on the back of your phone. It’s up for order for $25, and has a list price of $80 (although I suspect that the actual retail price may be lower). 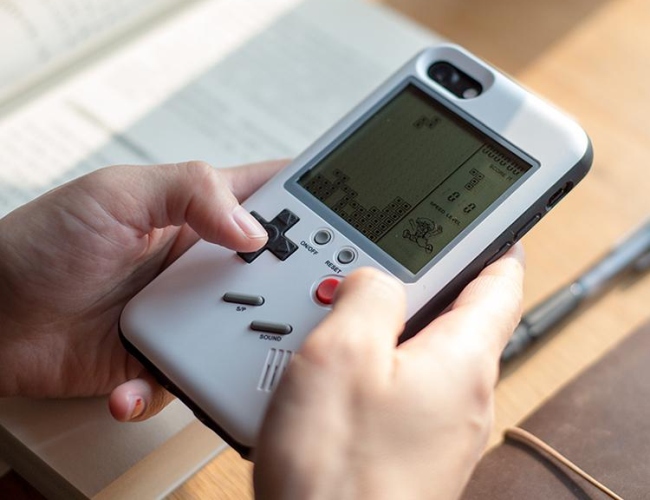 The Wanle case is a protective shell for an iPhone 6 and newer phones and it comes in black or white. It covers the back and sides of the phone, but not the ports, camera, or speakers.

But more importantly, it has a display, D-Pad, and gaming buttons and it comes with a handful of simple games pre-loaded including Snake, Tetris, and Formula One Racing.

The whole thing is powered by a coin cell battery, so it’s not drawing power from your phone or really interacting with it in any way. The Wanle case is basically a cheap game console that just happens to also be a smartphone case.

It’s a weird concept… but the $25 promotional price makes it pretty competitive with other smartphone cases that don’t also function as handheld game systems.

via Gizmodo and Popular Mechanics

3 replies on “Wanle iPhone case puts a game console on the back of your phone (Looks like a Game Boy, doesn’t play Game Boy games)”