Apple tends to get a lot of credit for releasing gadgets with solid specs, sleek design, and excellent build quality. But the company actually outsources a lot of its components. For example, Apple tends to tap rivals like Samsung or LG for its displays.

Now Bloomberg reports Apple is developing its own display technology in-house, and the company isn’t just looking to reduce its reliance on other companies. Apple is looking to make screens that are different than anything else on the market.

They’re likely to show up first in Apple Watches… if they reach the market at all. 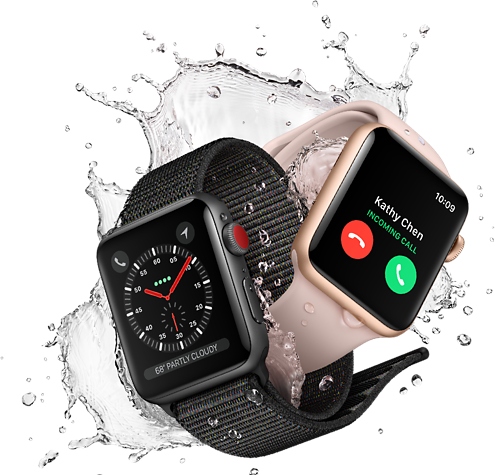 According to Bloomberg, Apple is working on “next-generation MicroLED screens” that “use different light-emitting compounds than the current OLED displays.”

The goal is to build screens that are thinner, brighter, and more energy-efficient (which could lead to thinner designs and longer battery life for smartphones, tablets, laptops, and wearables).

Bloomberg’s sources say that it’ll probably be at least a few years before the new displays are ready for prime time, and if the technology ever sees the light of day at all, the first device to ship with an Apple MicroLED display will likely be an Apple Watch.

But it’s also possible that Apple will decide to pull the plug on the project if it can’t perfect the technology, which is said to be harder to produce than existing OLED displays.

Apple has apparently had its eye on the MicroLED space for a while: the company acquired MicroLED maker LuxVue in 2014 and received a patent for LuxVue-related technology last year.