Smartphones are basically mobile computers and communication devices that we use for everything from GPS navigation to watching movies and playing games, with a lot of social media thrown in for good measure.

The Light Phone 2… isn’t one of those jack-of-all-trades devices. It’s a phone that’s designed first and foremost for making phone calls and sending text messages, although it also has a few extra features including an alarm clock and contact list.

With an E Ink display and two buttons, the Light Phone 2 is to a smartphone what a Kindle is to an iPad: a streamlined alternative that’s meant to do just one or two things well.

It’s also a work in progress: the developers hope to ship the Light Phone 2 in April, 2019 if they can raise $250,000 through an Indiegogo campaign. 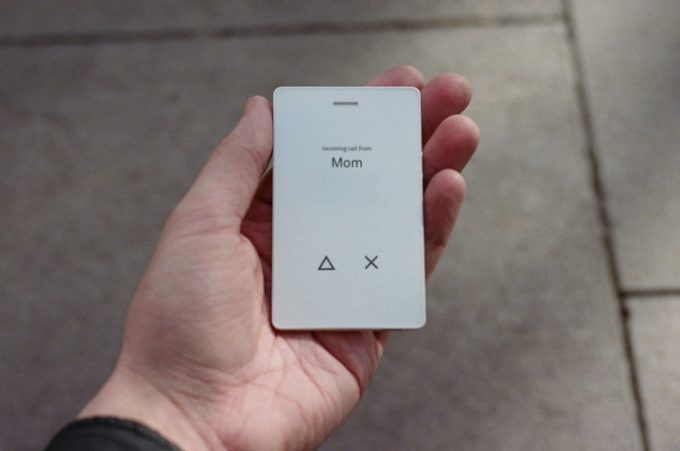 Folks willing to order now and wait for more than a year to get their phones can make a pledge of $250 or more to reserve one. It’s eventually expected to sell for $400… which is as much as you’d pay for a pretty good mid-range Android phone.

But the appeal of the Light Phone 2 is that it’s not a smartphone. It lets you stay in touch while you’re on the go, but it doesn’t have all of those distractions we’ve become increasingly addicted to.

This is actually the second device from Brooklyn-based Light. The original Light Phone hit Kickstarter in 2015, started shipping to backers in 2017, and had even fewer features: that phone was a 2G device that didn’t even support text messaging. It was designed to be a device that you’d use less than your primary phone.

The Light Phone 2 could conceivably be the only phone you need if you’re primarily interested in using a phone to stay in touch. It could also be a nice device to take on vacation when you don’t want to find yourself constantly checking your email, Facebook, or Instagram.

Light says the phone will never have email, news, social media, or advertising. But the company is considering adding a few features including navigation, weather, music playlists, voice controls, and ride-sharing apps.

It’s expected to have an anodized aluminum body, an E Ink grayscale display, and a 500 mAh battery that should supply up to 5 days of standby battery life or “a few hours talk time.”

The Light Phone 2 has a USB Type-C port, a nano SIM card slot, a vibratation motor, speaker, and headset jack. It supports WiFi, GPS, and 4G LTE and has a proximity sensor.

It’s also expected to ship with 1GB of DDR3 RAM, 8GB of eMMC storage, and a Qualcomm MSM8909W processor (the same CPU used in the Snapdragon 2100 wearable platform).

Overall it seems like a pretty intriguing concept and an attractive design. But I can’t help thinking there are cheaper ways to get a phone that lacks a web browser, social media, and video capabilities.