Shortly after the Spectre and Meltdown chip vulnerabilities were disclosed earlier this year, Intel started releasing software updates meant to mitigate the risk. Some of those updates came out better than others, but the idea was to help protect PC and servers by making it tougher for malware to infect a system and steal data that was suppose to be private. But those software-based mitigations can slow down computers in some situations.

Now Intel has announced that its first hardware-based solutions are on the way. The company will ship those 8th-gen Intel Core processors and next-gen Intel Xeon “Cascade Lake” chips in the second half of 2018. 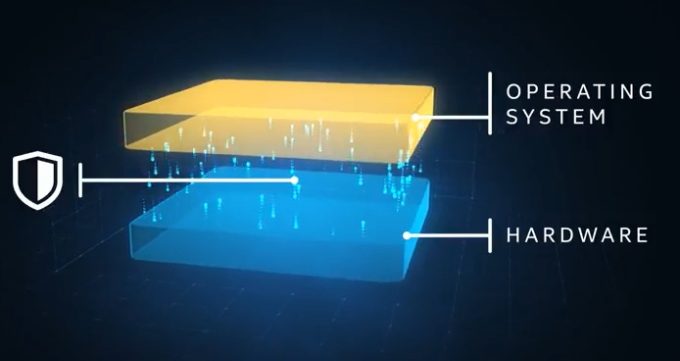 According to Intel the new processors will have a new partitioning scheme that will prevent Spectre Variant 2 and Meltdown-based attacks while still allowing chips to use speculative execution to speed up performance.

Intel says Spectre Variant 1 will not be affected by these hardware changes, but the company will continue to offer software that helps minimize the risk of Variant 1-based attacks.

Does this mean that everyone should replace their computer later this year? Not necessarily. Intel says it’s already released microcode updates for every Intel product released in the past 5 years, so if you’ve got a relatively recent Intel-powered computer there’s a good chance you’ll be able to apply a software update to help protect you against Spectre and Meltdown. Unfortunately you can’t just download that update from Intel: you’ll need to check with your PC manufacturer to see if a firmware update is available for your device.

AMD meanwhile, says its chips are only really vulnerable to Spectre Variant 2, and that its chip architecture makes that vulnerability very difficult to exploit. The company has nonetheless been offering microcode updates to its partners.

That said, AMD has a new set of security headaches to deal with this week.

8 replies on “Intel: Chips with hardware protections against Meltdown and Spectre coming in 2018”