Nearly a dozen new Android phones with camera cut-outs in their otherwise nearly full-screen displays debuted at Mobile World Congress last month. Rumor has it LG’s next flagship will also have a camera “notch.” And Google has officially added support for displays with cutouts to Android P.

While the first modern smartphone with a notch was the Essential PH-1, the general consensus is that Android phone makers are taking their design cues from Apple’s iPhone X which attempts to increase screen space by eliminating part of the top bezel.

But I’ve been seeing rumors for a while suggesting that next year’s iPhones won’t have notches. Now another report from Korean site ET News cites “an industry source” who says Apple is killing the notch.

So what does that mean for all the copycats set to hit the market this year? 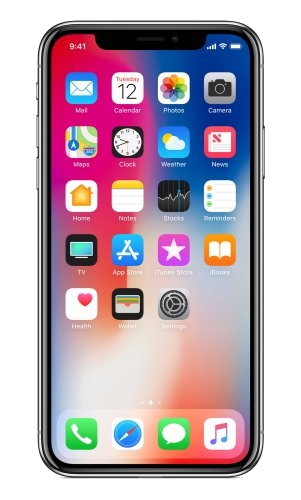 For better or worse, I suppose they’ll look trendy until the iPhone 11 (or X-2, or whatever it’s called) is released. But I wouldn’t be surprised if this turns out to be a short-term trend.

The iPhone X notch serves two purposes: it allows Apple to fit a complicated Face ID system atop the phone, while at the same time reducing the overall footprint of the top bezel, giving the iPhone X a higher screen-to-body ratio than any previous iPhone.

Most Android phones don’t have a complex series of cameras above the display. They have a single camera, a speaker, and maybe a proximity sensor. Plenty of phone makers have managed to fit those things into slim bezels rather than including a notch.

One of the first slim-bezeled phones had a camera in the bottom bezel, which allowed the top bezel to be nearly nonexistent. And Vivo recently showed off a concept phone that has no top bezel thanks to a pop-out camera that hides away when you don’t need it and emerges only when you do.

In other words, it’s not at all clear that most Android notchphones need a notch. And if the ETNews report is correct, it sounds like Apple has decided it doesn’t need the notch for its upcoming phones either (although it’s not clear how Apple will cram its Face ID 3D camera and laser projector system into its upcoming phones without a notch).

The ETNews report might be wrong. At this point it’s really little more than a rumor. It’s just one that kind of made me laugh when I saw it, since Apple is said to be getting rid of notches just as everyone else is working to add them to their phones.

19 replies on “If Apple drops the notch in 2019, will Android phone makers follow suit?”