The Fitbit Versa is a $200 watch that offers 4 days of battery life, heart rate monitoring, sleep tracking, step counting, and music playback, as well as notifications and support for third-party apps.

Fitbit is also launching its first activity tracker for kids. The $100 Fitbit Ace is a wearable, waterproof activity tracker that works with a “family account,” letting parents keep an eye on their kids’ activity and privacy settings.

The Fitbit Versa is up for pre-order starting today and it should ship in April. The Fitbit Ace is coming to stores in the second quarter of 2018. 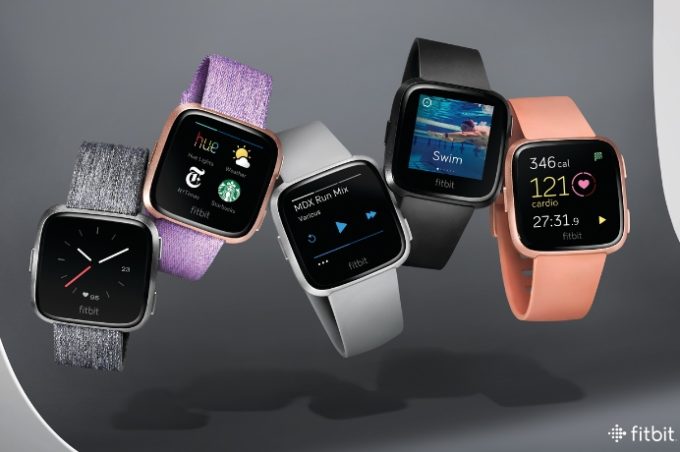 The Versa follows last year’s launched of the $300 Fitbit Ionic smartwatch, which will continue to be sold. In fact, there’s a new Adidas Edition model coming soon.

But the Fitbit Versa takes a slightly less-is-more approach, jettisoning features such as GPS in order to get long battery life and a compact design. Fitbit says the Versa’s small 145 mAh battery should provide more than 4 days of battery life.

The new watch has an anodized aluminum case, a 1.34 inch square display with rounded corners, 1,000 nits of brightness, and a color touchscreen. It has 4GB of storage, with 2.5GB of free space that you can use to store music for listening on Bluetooth headphones without a phone. The watch also supports streaming music from Pandora Plus or Deezer.

Fitbit will also offer a Versa Special Edition watch that comes with both a classic watch band an a custom woven band, as well as an NFC chip for use with Fitbit Pay mobile payments (in the US only).

Te watch ships with Fitbit OS 2.0 featuring some new fitness tracking and notification features. It also works with third-party apps and watch faces from the Fitbit App Gallery, which the company says currently has 550 apps and clock faces available for the Fitbit Ionic, with Versa support in the works.

In a lot of ways, this is the first Fitbit device that really seems like it was made by a company that gobbled up the assets of now-defunct smartwatch pioneer Pebble. Unfortunately that doesn’t mean it’s compatible with the thousands of apps that had previously been released for Pebble devices.