While there aren’t a lot of top-tier smartphones with microSD card slots these days, Samsung has kept the feature around for at least another year by including a card reader in the new Galaxy S9+ and Galaxy S9. And plenty of mid-range and entry-level phones have card slots that you can use for music, videos, photos, and other content to free up space on your phone’s built-in storage.

And today’s as good a day as any to pick up some extra storage for your phone (or tablet, or laptop, or camera), because Amazon’s running a bunch of sales. 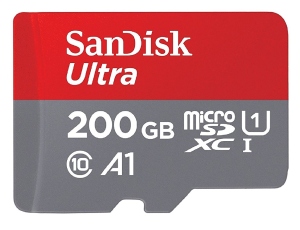