This week we got our first look at AMD’s upcoming 2nd-gen Ryzen chip lineup for mainstream desktops thanks to a set of leaked slides posted by El Chapuzas Informático.

Now the site has posted a few more slides that give us an idea of what AMD has planned for high-performance desktops, among other things. 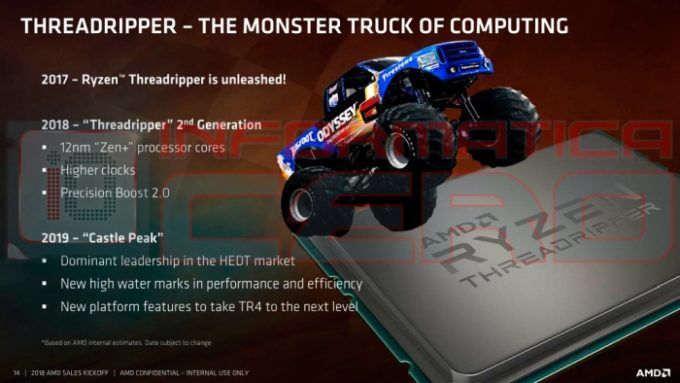 Last year AMD launched a line of “Threadripper” processors with up to 16 CPU cores based on the company’s Zen architecture. It looks like this year we’ll see 2nd-gen Threadripper chips.

We should see a 3rd-gen version in 2019, but according to Chapuzas Informático those new chips will be 7nm processors based on a new Zen 2 architecture that offers performance and efficiency improvements.

The 3rd-gen chips are also code-named “Castle Peak,” rather than Threadripper.

Here are a few other details from the leaked slides: 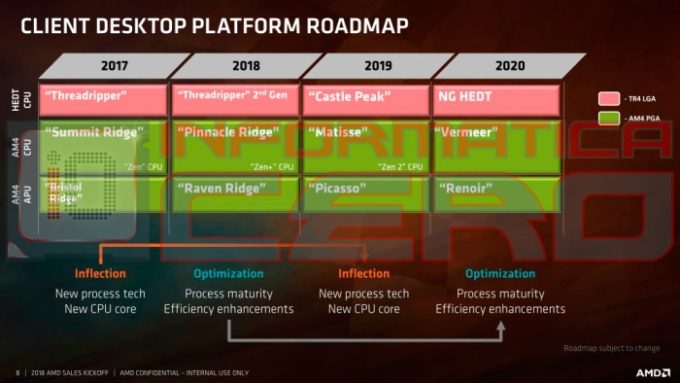