One of the things that made the original iPhone different than most smartphones that had come before was that it didn’t have a physical keyboard and didn’t need a stylus. Apple developed an on-screen keyboard that you could use to type with your fingers.

Android had one at launch too, but one of the key differences between Android and iOS in the early days was that Google’s operating system allowed you to install third-party keyboards, which often included innovative features like advanced text prediction or new forms of input such as swiping your fingers from letter to letter rather than lifting your fingertips to type.

And one of the most popular options in those early days was an app called Swype. Now it looks like Swype has reached the end of the line… at least as a consumer-oriented product. 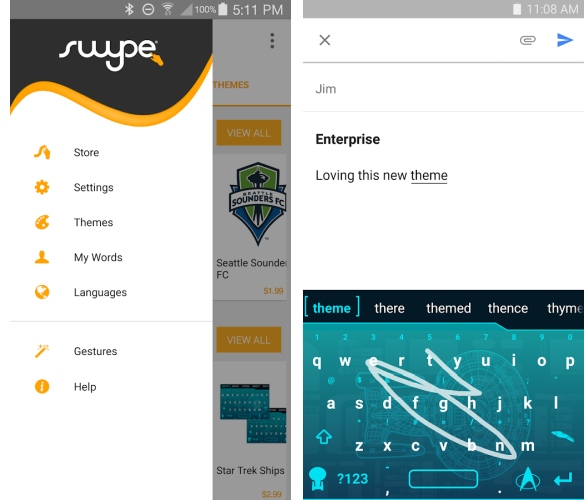 A Swype for Android user emailed customer support recently and posted the company’s response to reddit:

Nuance will no longer be updating the Swype+Dragon keyboard for Android. We’re sorry to leave the direct-to-consumer keyboard business, but this change is necessary to allow us to concentrate on developing our AI solutions for sale directly to businesses.

Xda-developers reached out to the developers and received confirmation that development has been halted. Swype may continue to work on many devices, but with no new updates coming it’ll cease to gain new features and may not be guaranteed to work on all future versions of Android.

A lot has changed since Swype first launched. Apple added support for third-party keyboards to iOS (there’s even a Swype app for the platform… but it’s no longer actively developed either), and Google has added gesture-based typing (swiping) to its own GBoard keyboard app.

There’s a lot more competition in the space. And, quite honestly, the keyboard apps that come with phones have gotten a lot better over time. It’s been ages since I felt the need to install a third-party alternative.

So it makes sense for Nuance, which acquired Swype a number of years ago, to focus on the more profitable direct-to-business market. But that’s hardly comforting to folks who’ve been relying on Swype for years on their phones and tablets.