Like its predecessor, the new Samsung Max app offers a data saving mode and privacy protection feature. But unlike Opera Max, the new app will only be available for Samsung smartphones. 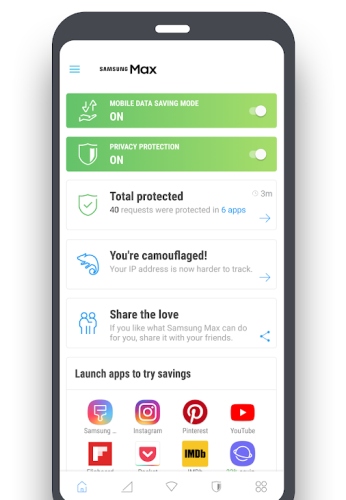 Samsung says the apps data saving mode can compress images, videos, music, and web content to help you get more out of your data plan. It can also show which apps are using the most data, offering suggestions for ways you can save data.

The privacy protection feature helps make it a bit safer to connect to open WiFi hotspots by offering “one-tap encryption, tracker blocking, and a DNS masking service.” It’s not quite the same thing as a proper VPN, but it reduces the risk of someone spying on you or stealing data when you connect to an untrusted network.

Folks in other countries can download the app from the Google Play Store… if they have a supported Samsung phone.