Qualcomm says its new Snapdragon X24 LTE cat 20 modem will be the world’s first  to support 4G LTE speeds up to 2 Gbps.

That’s twice as fast as wired Gigabit internet currently offered by Verizon FiOS, Google Fiber, or . At least in theory.

In practice, you need a lot more than just a special modem to get the kinds of speeds Qualcomm is talking about. 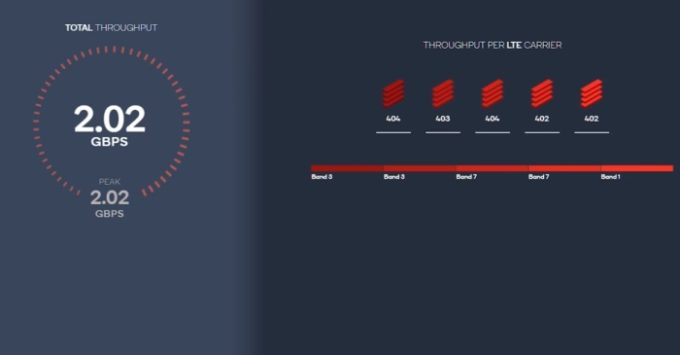 First up, you’ll need a network that actually offers speeds that fast. As far as I know there aren’t any yet.

Second, you’ll need ideal conditions including a strong signal between the cell tower and your phone and limited congestion from other users. I wouldn’t be surprised if you also have to pay an arm and a leg for a high-speed data plan.

Or maybe carriers will continue to offer their existing plans… complete with data caps, which means you’ll be able to burn through your monthly allotment of data in a matter of seconds.

Anyway, Qualcomm says the X24 modem is built using a 7 nanometer FinFET process, making it the first 7nm chip announced, although it remains to be seen whether it’ll be the first to market. Qualcomm expects phones and other devices with the Snapdragon X24 modem to start shipping in 2019.