There’s good news for folks who’ve looked at the Nintendo Switch game console and thought “that’s a neat tablet, but I wish it could run Linux… or Android… or anything other than the software it comes with.”

A group of hackers called fail0verflow have found a boot ROM bug that allows them to load custom firmware on a Nintendo Switch.

The first thing they showed off was a custom boot screen. This week they showed a Linux-based OS running on the game console. 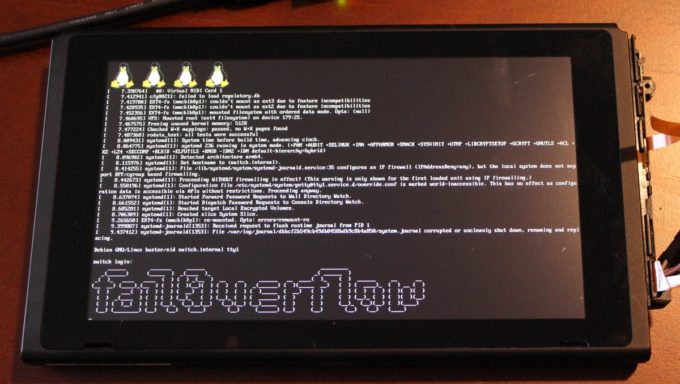 The team says that there’s no easy way for Nintendo to patch the vulnerability used to load Linux without shipping new hardware. That means the exploit should work for all Nintendo Switch devices that are already in the wild.

That’s the good news. The less good news is that fail0verflow has a reputation for being slow to release their findings to the public. So it’s unlikely that you’ll be able to load custom firmware on your Switch anytime soon.

It’s also possible that if Nintendo discovers the vulnerability used by  fail0verflow, the company could ship Switch v2 hardware that makes it harder to load Linux or other software.