Samsung is set to officially unveil the Galaxy S9 and Galaxy S9+ at Mobile World Congress tomorrow. But someone at Samsung apparently hit publish instead of schedule when uploading the launch video to YouTube, because it was briefly visible to the public a day early.

While Samsung has corrected the error, Slashleaks has re-uploaded the video… which is light on specs, but which does confirms a bunch of features we already learned about through previous leaks.

Update: The Samsung Galaxy S9 and S9+ are official, and they’re coming soon for $720 and $840 and up. As expected, they feature updated hardware and major camera improvements, but also new software features including the ability to create “AR emoji” that look like you  by scanning your face with the front camera. 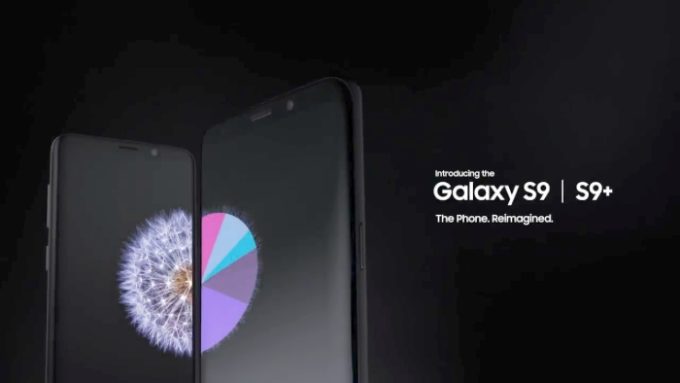 For the most part the new phones look like last year’s Galaxy S8 and Galaxy S8+ models, except that the fingerprint sensor is now below the rear camera instead of next to it.

But Samsung is expected to use Qualcomm Snapdragon 845 or Samsung Exynos 9810 processors in this year’s models instead of the Snapdragon 835/Exynos 8895 chips offered in last year’s versions.

The launch video also shows off a couple of new features including a camera with adjustable aperture (you can choose between F/1.5 and F/2.4 settings) and a brand new Samsung DeX Pad, which not only lets you connect your phone to an external display to show presentations, videos, or generally use it like a desktop… but which also lets you use the phone as a touchpad and/or keyboard so you can navigate that desktop environment without connecting an external mouse and keyboard.

For the most part, this video seems to be aimed at showing off business and enterprise features, which probably helps explain why the DeX Pad is shown in the context of a business meeting, where someone uses their phone to show a presentation, and honestly, that’s probably one of the best use cases I can imagine for this sort of dock.

I love the idea of using a single device as both a phone and a PC. But until mobile processors get a heck of a lot more powerful, I have a hard time seeing most people adopting that approach. The ability to occasionally use your phone to show presentations when traveling for business though? That seems pretty cool.

Update: The Huffington Post also appears to have hit the publish button on their article a bit early, giving us an early look at another new feature: the ability to create personalized emoji using the phone’s front-facing camera to create a 3D map of your face… which is then cartoonified.

The phonei s also said to support 960 fps slow-motion videos. And, as expected, it will come in 5.8 inch and 6.2 inch versions, called the Galaxy S9 and Galaxy S9+, respectively.

The Verge and MSPowerUser