The Land Rover Explore is a smartphone with the name of a car, a rugged design, and a feature that’s borrowed from the Moto Z lineup: modularity.

You can attach modular add-ons to the back of the phone for extra battery life and other features.

The phone should be available starting in April for about $800 and up. 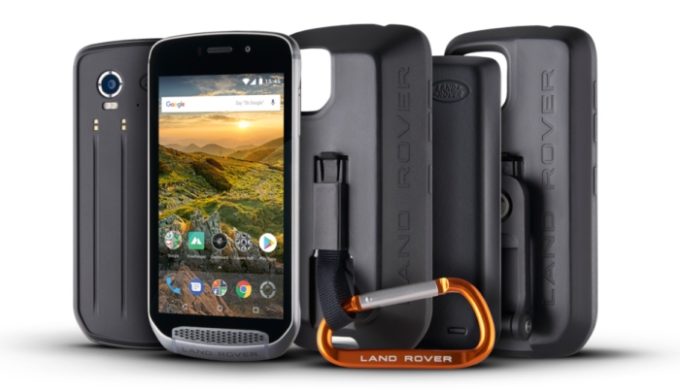 In terms of basic specs, the phone sports a MediaTek Helio X27 deca-core processor, 4GB of RAM, 64GB of storage, and a 4,000 mAh battery. But there are pogo pins on the back that let you attach a module when you need it.

At launch there will be two options:

The Land Rover Explorer also has a 5 inch, 1920 x 1080 pixel display with Corning Gorilla Glass 5, a 16MP rear camera, an 8MP front camera, a microSD card slot, IP68 water and dust protection, and drop protection for a fall from up to 1.8 meters (about 6 feet).

Land Rover doesn’t actually build the phone. Instead, it’s made by UK-based Bullitt, the same company that produces phones sold under the Cat (Caterpillar) and Kodak brand names.