Intel launched its first 8th-gen Core processors for laptops in 2017. While they were based on similar architecture to the company’s 7th-gen chips, the new 15 watt Core i5-8250U and Core i7-8550U had one major improvement: they were quad-core processors rather than dual-core.

That helped Intel deliver new chips that offered up to 40 percent better performance than their predecessors without using any more power.

But while the company added a few more Core i5 and i7 chips in the months that followed, Intel didn’t have a 15 watt 8th-gen Core i3 chip for laptops… until now. It’s just not going to provide the same sort of improvement over its predecessor as the Core i5 and i7 chips. 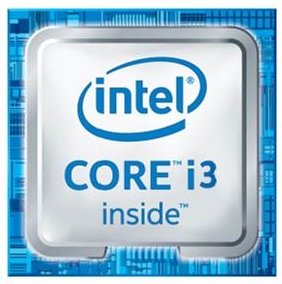 That’s because the new Intel Core i3 processor is a dual-core chip that’s basically a minor update to last year’s Core i3-7130U.

In other words, the new chip is an 8th-gen processor only because Intel decided to call it one.

The main difference between the new model and its predecessor is that the Core i3-7130U is clocked at 2.7 GHz, while the Core i3-8130U has a base frequency of 2.2 GHz and turbo boost speeds up to 3.4 GHz, which means that you should get better performance at short-term tasks that can make use of short bursts of extra speed. But I wouldn’t expect much difference in sustained performance.

The chip can also be configured to run at 800 MHz with a 10 watt TDP in devices where reduced power consumption (and heat generation) is more important than raw horsepower.

Overall the new chip helps plug a hole in Intel’s lineup. There wasn’t an 8th-gen Core i3 U series processor for laptops. Now there is. It’s just not nearly as impressive an upgrade over its predecessor as other 8th-gen U-series chips.

via Tom’s Hardware and Intel