Microsoft has been pushing the concept of an always-connected PC with integrated support for cellular broadband for a few years, and this year the company is partnering with Qualcomm to bring always-connected PCs with Snapdragon processors (and 4G LTE modems) to market.

But rival chip maker Intel says 2019 will be the year 5G-capable always-connected PCs hit the streets. The company is announcing partnerships with Microsoft and several major PC makers to put its 5G modem in PCs. 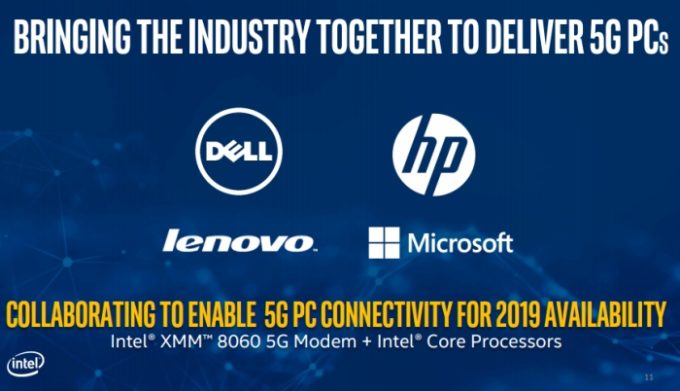 Keep in mind that the 5G standard won’t actually be finalized until later this year, and it’s unclear how long it’ll take wireless carriers to start rolling out their networks. But the idea is to provide high-speed, low-latency connections for billions of devices including phones, PCs, wearables, and Internet of Things gadgets.

Do you need those capabilities in a laptop or convertible PC? Maybe… but right now Intel acknowledges that the percentage of PCs that ship with cellular capabilities is still in the single digits.

The company expects that number to hit double-digits in the coming years though, as the costs go down and as customers get used to the ubiquity of wireless networks.

Personally I’d love to have a 4G or 5G modem in my laptop… if it was a one-time cost. The problem is that most US wireless carriers charge extra if you want to add another device to your account.

As a Project Fi customers, I could actually pick up a data-only SIM and use it with any PC that had a SIM card, paying only for the additional data used. But I can also just tether my laptop to my phone, which still seems like the easier way to go.

Anyway, I’m not trying to dismiss the concept of always-connected PCs. I’d just be more excited about them if they didn’t just strike me as a way to get people to spend more money on their monthly cellular bills.

Back to Intel, the company says partners including Dell, Lenovo, and HP will launch computers next year that feature the company’s XMM 8060 5G modem. 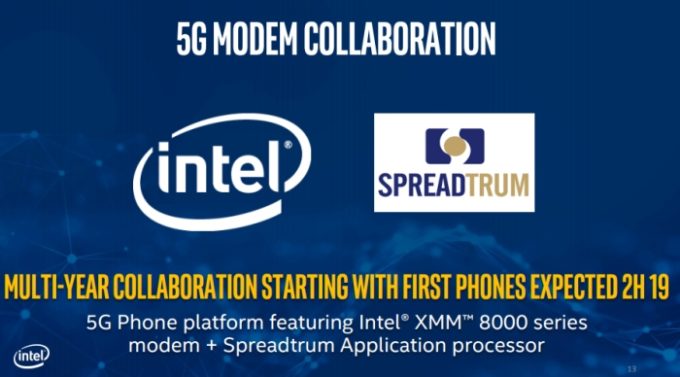 Intel is also partnering with chip maker Spreadtrum to bring phones with Intel’s 5G modem and Spreadtrum’s application processor available in China, with an emphasis on mid-range and high-end phones.