HTC may have just sold most of its smartphone engineering team to Google, but rumor has it the company still plans to release up to half a dozen new phones this year… including the successor to last year’s well-reviewed HTC U11.

Now it looks like the company has started showing off a prototype a little early.

Images posted to Twitter by @iamaniff  show an “HTC phones that have not been released to the public” apparently include images of the upcoming HTC U12. 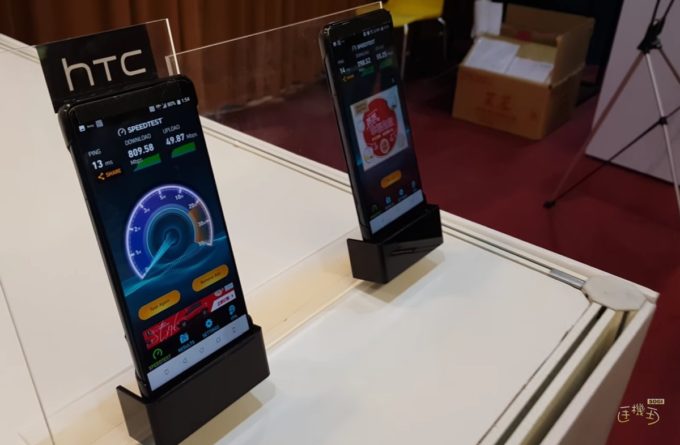 According to Evan Blass (@evleaks), the phone is code-named the HTC Imagine, and it’ll be HTC’s next flagship phone.

The pictures show a phone with slim bezels, a display that probably has an 18:9 (2:1) aspect ratio, and a piece of tape covering the top, which could indicate that the company is hiding something about the front-facing camera system.

We’ll probably have to wait a little while for detailed specs to emerge, but with Mobile World Congress coming up later this month, the wait probably won’t be that long.