HMD is updating its mid-range and high-end smartphone range with the launch of three new phones, all coming in April.

The 2018 version of the Nokia 6 features updated design and specs, the new Nokia 7 Plus is an upper mid-range device with an improved camera and 2-day battery life, and the new Nokia 8 Sirocco is a premium devices that combines sleek design and high-end specs (and a high-end price).

All three models will also be available in optional Android One edition versions with near-stock Android software and guaranteed software and security updates for at least 2 years. 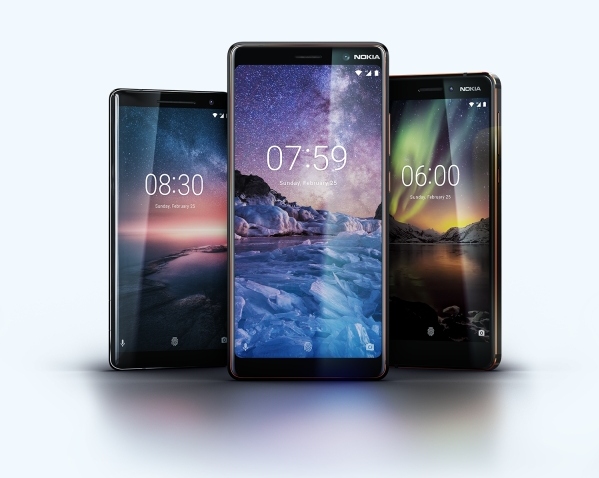 In fact, HMD says from now on, all Nokia 3 or higher phones will be available in Android One editions.

Google’s Android One has come a long way since it first launched as a program designed to offer reliable software experiences on entry-level phones. I guess that’s now the goal of Android Go, while Android One is more of a replacement to the Nexus and/or Google Play Edition programs of yesteryear.

While the Nokia 6, Nokia 7 Plus, and Nokia 8 Sirocco are the most impressive of HMD’s new phones, the company also has some new entry-level devices including the Nokia 8110 4G feature phone and the Nokia 1 with Android Go. 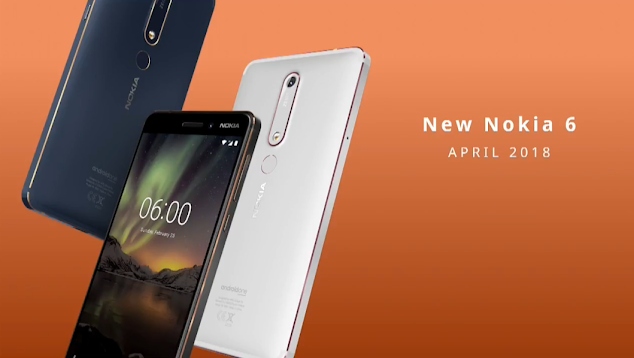 Other features include a 16MP rear camera with Zeiss optics, an 8MP front-facing camera (with an 84 degree wide-angle lens), and support for snapping “bothie” pictures that capture from both the back and front cameras at the same time. There’s also face unlock support.

The new Nokia 6 has a 3,000 mAh battery and supports fast charging, with HMD saying you should be able to get a 50 percent charge in 30 minutes.

HMD will offer the phone in black, white, and blue color options. 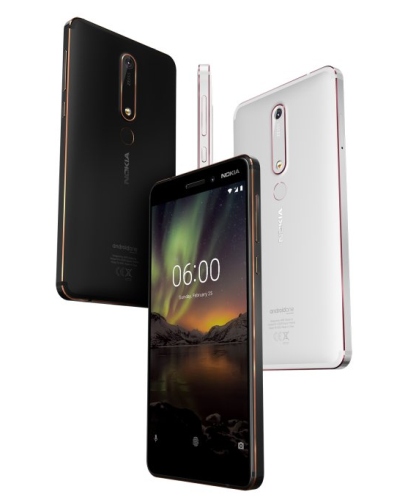 The Nokia 7 Plus has 4GB of RAM, 64GB of storage, a microSD card slot with support for up to 256GB of removable storage, a 12MP + 13MP rear camera system with Zeiss optics, and a telephoto lens, and a 16MP front-facing camera.

HMD will sell the Nokia 7 Plus for 399 Euros when it launches in April.

HMD is updating the Nokia 8 lineup with a new model featuring a stainless steel unibody design (which the company says has 2.5 times the structural integrity of aluminum), plus a glass back cover. 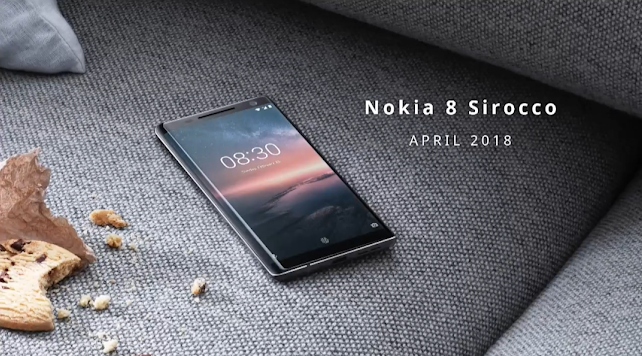 The Nokia 8 Sirocco has the same dual camera setup as the Nokia 7 Plus, but this model has flagship-level specs to go with its more eye-catching design.

It features a 5.5 inch, QHD pOLED display, a Qualcomm Snapdragon 835 processor,  6GB of RAM and 128GB of UFS 2.1 storage. It also has 3 microphones with support for capturing spatial audio, wireless charging support, and an IP68 rating for dust and water resistance.

The phone has a 3,260 mAh battery and supports Qualcomm Quick Charge 4.0 and Qi wireless charging.

One key feature that’s missing from this phone? A headphone jack. But the Nokia 8 Sirocco is hardly the only recent flagship phone missing that feature.

Still, it’s interesting to note that the Nokia 6 and Nokia 7 Plus both have 3.5mm audio jacks, while the Nokia 8 Sirocco does not, especially since this is the most expensive of HMD’s new phones, with an expected price tag of 749 Euros.

HMD has also produced a rather unexpected ad for the phone, which may be one of the most realistic smartphone commercials I’ve seen to date, for better or worse: