Zotac is showing off a whole slew of upcoming ZBOX mini desktop computers at the Consumer Electronics Show this week. Most are expected to ship in the second quarter of 2018, and most are pretty obvious upgrades from previous-generation models.

For example, there are new models with 8th-gen Intel Core U processors that look just like their predecessors with 7th-gen chips (but which should offer significantly better performance thanks from the move from dual-core to quad-core processors). And there’s a new ZBOX CI329 with an Intel Gemini Lake processor that looks just like the CI327 with an Apollo Lake chip.

But Zotac is also launching a new fanless chassis for higher-performance, passively cooled processors that will allow the company to offer its first fanless mini desktop with up to an 8th-gen Intel Core i7 CPU. 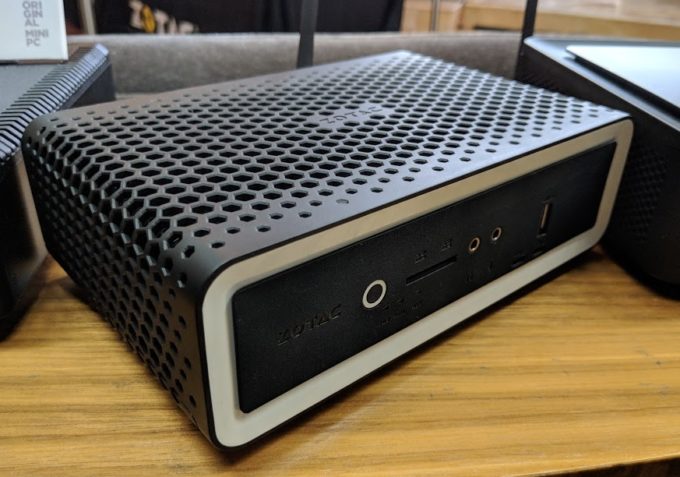 Here’s a quick run-down of some of the new systems Zotac is showing off. The company hasn’t announced prices yet, but for models that are incremental upgrades you can probably expect this year’s versions to sell for close to the same prices as their predecessors. 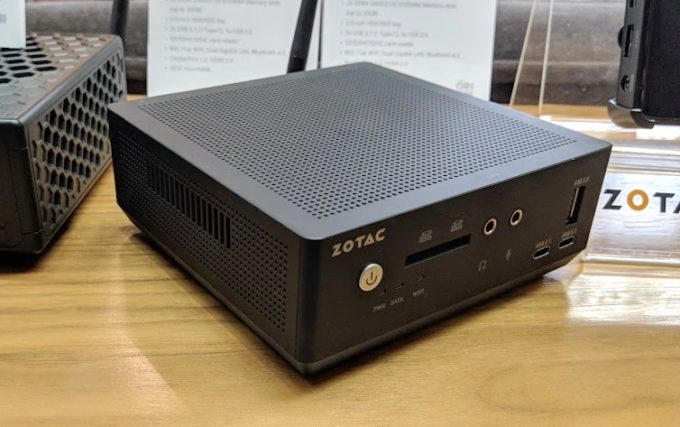 The new models will be available with Intel Core i5-8250U or Core i7-8550U processor options and they support up to 32GB of RAM, a 2.5 inch hard drive or SSD, and have a bunch of ports including USB Type-C and TYpe-A ports, dual Gigabit Ethernet ports, HDMI 2.0 and DisplayPort 1.2, mic and headset jacks, and an SD card reader.

The computers are VESA mountable if you want to attach them to the back of a monitor or TV for use in digital signage or a DIY all-in-one desktop-like computer. 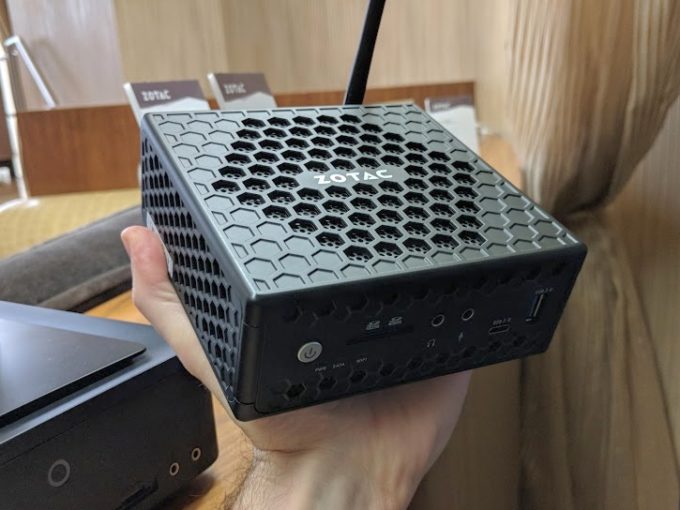 It’s a little larger than the MIxxx series devices, in order to help dissipate heat generated by the processor without using fans. But it’s still pretty small for a desktop computer.

There’s also a new fanless chassis that’s about twice as wide, which Zotac says will allow the company to offer fanless computers with up to an 8th-gen Intel Core i7 -8550U15-watt, quad-core processor.

This model has an AMD AM4 socket for Ryzen chips up to 65 watts.

The chassis is similar to one that the company has used for previous AMD-powered mini PCs, although the demo unit I checked out felt kind of light-weight, so I suspect it may have been an empty case. 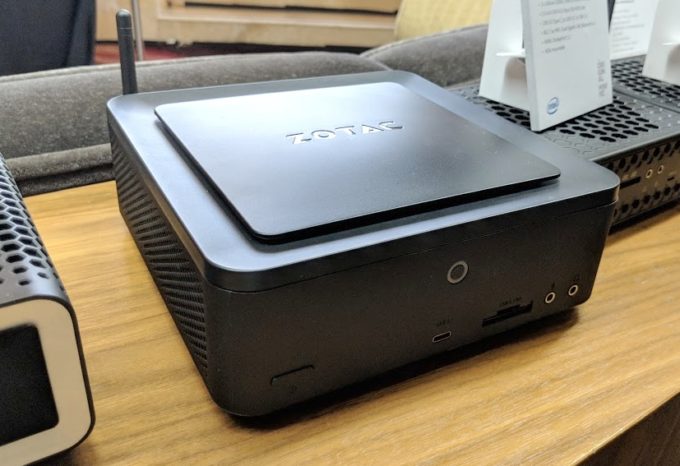 The company is also showing off a line of small form-factor gaming PCs and workstations. 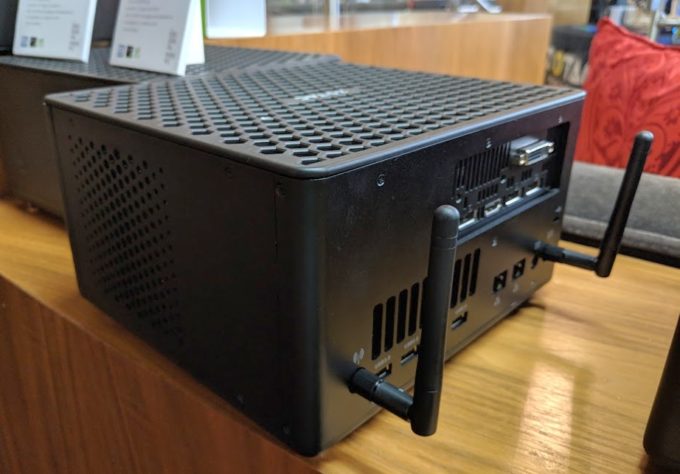 While the game systems are significantly larger than the rest of Zotac’s ZBOX devices, they’re still relatively compact for powerful gaming PCs.

The new mini workstations each sport a Core i5-7500T processor, but Intel has options with NVIDIA Quadro P1000, P3000, and P5000 graphics, depending on your needs. 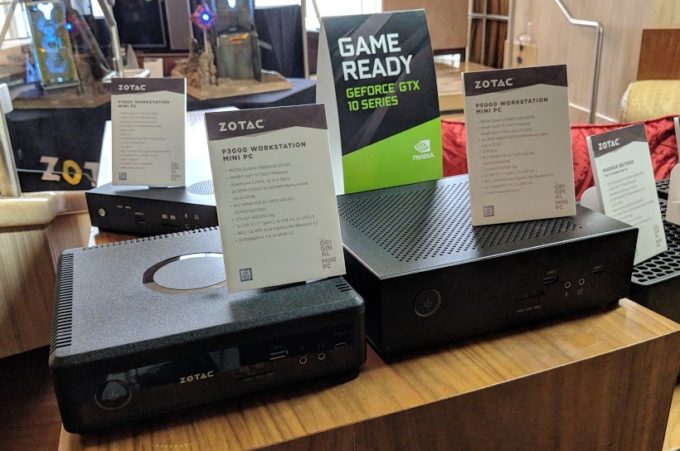 The company also unveiled two new “Pico” computers as part of its PIxxx series. These little guys were so cute I decided to cover them in their own article: