Intel pretty much dominates the PC processor space, with AMD nipping at its heels (and attempting to make a comeback in a big way thanks to its new Ryzen line of chips). This year Qualcomm will start to compete in the PC space too, thanks to Windows 10’s support for ARM-based processors.

But once upon a time Intel and AMD weren’t the only companies producing x86 chips for desktops. VIA Technologies was a minor player in this space up until a few years ago, but the company has largely been focused on embedded chips for the past few years.

Now a company called Zhaoxin, which is co-owned by Shanghai and VIA is announcing plans for a new line of processors that could eventually compete with AMD and Intel’s latest offerings.

It’s not clear if VIA is actively participating in development of the new chips, but VIA has a license to product x86 processors, which means that Zhaoxin does too.

Zhaoxin has produced a handful of x86 processors over the past few years, but according to reports from eefocus and semi.org.cn, the new KX-5000 is the first to fully support modern technologies including DDR4 memory, PCIe 3.0, and USB 3.1 Type-C.

The 28nm chips will be available in quad-core and octa-core versions clock speeds up to 2.4 GHz. They also feature integrated graphics and support 4K video playback.

Zhaoxin plans to move to a 16nm processor and support speeds up to 3 GHz for its upcoming KX-6000 chips, and add support for DDR5 memory and PCIe 4.0 with the eventual KX-7000.

At this point Zhaoxin’s chips aren’t likely to overtake Intel’s (or even AMD’s) in the global market. But China has been focused on developing home-grown alternatives to chips designed by Western companies for a number of years, so I wouldn’t be surprised to see Chinese PC makers like Lenovo opt for these chips for computers that will be sold in their home market.

In fact, Lenovo is already said to be planning to launch an M6200 computer powered by the KX-5000 sometime this year. 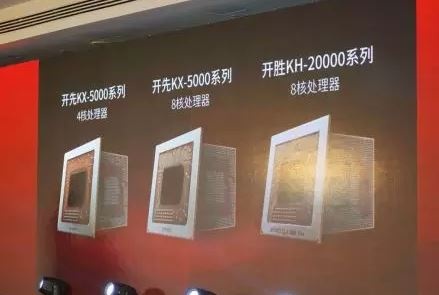