Most high-end smartphones on the market today ship with 4GB or maybe 6GB of RAM. Every now and again you can find one with 8GB.

But Chinese phone maker Vivo may be the first to hit double-digits. The company is said to be working on the first smartphone with 10GB of RAM. It’s called the Vivo Xplay7, and while the large amount of memory is the most news-worthy thing about the phone, it’s just the tip of the iceberg… if the rumors/leaks are correct. 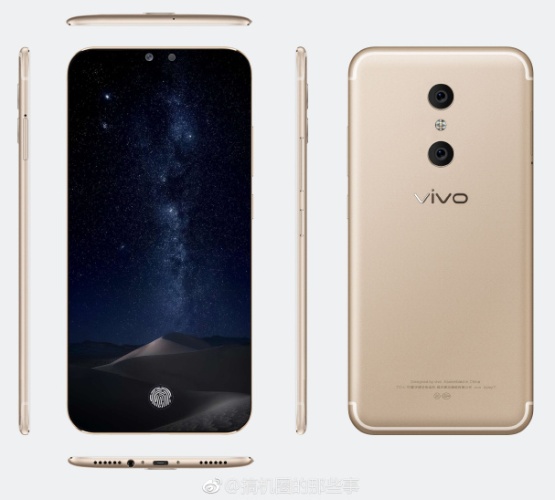 The phone is also said to feature an edge-to-edge glass display with a screen-to-body ratio of almost 93 percent, an in-display fingerprint sensor, and a Qaulcomm Snapdragon 845 processor.

Other specs are said to include dual cameras with support for 4X lossless zoom and a choice of 256GB or 512GB of built-in storage.

There’s no word on the price or release date, and it’s unlikely that the Vivo Xplay7 would be made widely available outside of Asia anyway. But features that show up first in Vivo phones have a tendency to make their way to devices from other companies in the future.

While Vivo may not be a household name in the West, the company is one of the top 5 smartphone makers in the world. And Vivo has a record of beating everyone else to market with flashy new features in recent years:

So while a phone with 10GB of RAM may sound like overkill in 2018 when phones with less than half as much memory function perfectly well, I wouldn’t be surprised at all to see Vivo launch just such a device this year.