Smartphone chips keep getting faster, but it takes more than speed to stand out these days. So Samsung isn’t just talking about how its new Exynos 9810 chip is faster than its predecessors. The company says the new chip also has a faster LTE modem and enhanced support for “deep learning enhanced image processing,” among other things.

In fact, Samsung’s press release suggests the Exynos 9810 isn’t just for phones. It could also be used in automotive systems and other products that might need the ability to process a lot of visual data quickly. 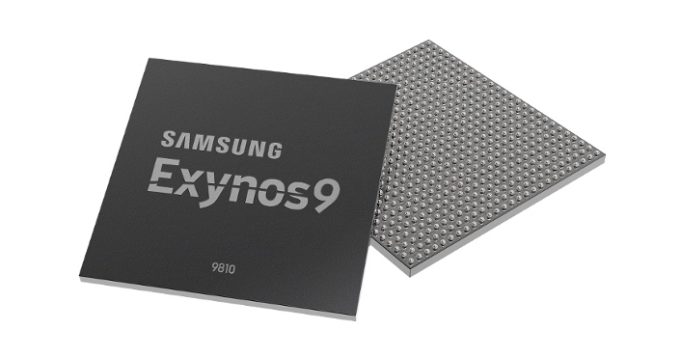 The upcoming Exynos 9810 is a 2.9 GHz octa-core processor built using a 10nm process. It uses four high-power custom CPU cores and four lower-power cores and Samsung says it offers up to 40 percent better multi-core performance and up to 2 times the single-core performance of last year’s Exynos 8895 chip.

Other features include a dedicated security processing unit for protecting biometric data including fingerprint, iris, and face recognition information, a Cat,18 LTE modem with support for 1.2 Gbps download and 200 Mbps upload speeds, and an updated multi-format codec for faster and more efficient processing of images and visual data.

Samsung says that can be used for 4K video stabilization, better low-light photography, and 4K video playback at up to 120 frames per second.

It’s likely that the upcoming Samsung Galaxy S9 will be one of the first devices to use the new Exynos 9810 chip, which is currently in mass production. But if it’s anything like Samsung’s usual flagship phones, models with Exynos processors will probably only be sold in select markets, with customers in the US and other regions getting a model with a Qualcomm Snapdragon processor, probably the upcoming Snapdragon 845 chip, if it’s available in time.

Not surprisingly, Qualcomm’s next flagship processor is also expected to have enhanced features for AI and photography.