Samsung’s C-Lab program is an incubator for projects developed by Samsung employees. Over the past few years Samsung has showcased C-Lab projects including augmented reality glasses, activity trackers, and a watch that conducts sound through your hand so your fingers become a phone headset.

Now the company is previewing some of the new C-Lab projects that will be on display at CES, including a portable directional speaker that could have some interesting uses… if it works as promised (and if it ever comes to market). 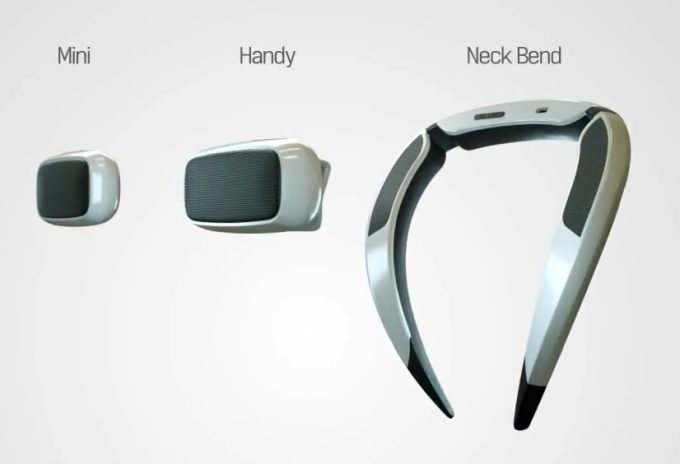 The new speaker system is called S-Ray, and it’s basically a small directional speaker that could be used instead of headphones when you want to listen to music, podcasts, or other audio without disturbing those around you… but while still being able to hear the world around you.

While most speakers send sound out in all directions, directional speaker send a tightly focused beam of sound that only becomes audible when it hits an obstruction… like you.

Most implementations of this technology are meant to be stationary, but Samsung’s C-Lab plans to show S-Ray speakers that include a neckband, a smartphone cover, and a “handy” speaker which looks like a small portable Bluetooth speaker.

Other new C-Lab projects set to debut at CES include the GoBreath system to assist patients in recover with deep breathing exercises, and Relúmĭno smart glasses to help users with vision challenges to see more clearly when reading or viewing objects.