The RED Hydrogen One is the first smartphone from a company best known for making high-end cameras, and as you’d expect, the Hydrogen One puts a heavy emphasis on photography.

It’s expected to be a premium phone with some special features built-in, including a “holographic” display, spatial audio, and an unusual design. But the key think that makes it stand out is the modular system that lets you attach a “cinema grade camera module,” battery, or other accessories to the phone via pogo pin connectors.

Last year RED announced it was working on the phone. Now the company is providing some more specs, as well as an idea of when you can get your hands on one. 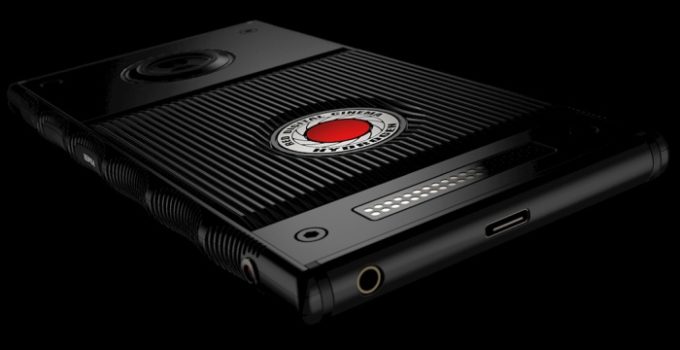 The company is working with wireless carriers to certify the phone, which means you probably won’t be able to buy one from a carrier until this summer. But if you’d rather pay full price for an unlocked model that you can bring to your carrier of choice, you will probably be able to pick one up sooner than that.

RED already has working prototypes, and plans to begin showing off the final design to customers who have pre-ordered the phone in April. So it sounds like we can expect the first unlocked units to ship sometime between April and June.

While the company hadn’t shared many specs while the phone was in development, now that it’s closer to launch we’re finding out a bit more about what makes the Hydrogen One tick. Among other things, it has:

RED says the 4V holographic mode is “better than 3D” in that it provides a glasses-free experience that makes content appear to pop out of the screen. Users will also be able to share 4V content with other users through a set of social media partners… although RED isn’t ready to announce who those partners are yet.

Those features don’t come cheap though. The RED Hydrogen One is currently up for pre-order for $1,195 and up.