Last year’s Nokia 6 was one of the first smartphones to use the Nokia name since a Finnish company called HMD Global bought the rights to the brand name from Microsoft. It’s also, by most accounts, a pretty good bargain with decent specs and a $230 price tag (or $180 if you buy an Amazon Prime Exclusive model).

Now it looks like a Nokia 6 (2018) model is on the way, and it has a faster processor and more memory, among other improvements.

HMD is expected to officially introduce the phone later this week, but a series of leaks give us a pretty good idea of what to expect. 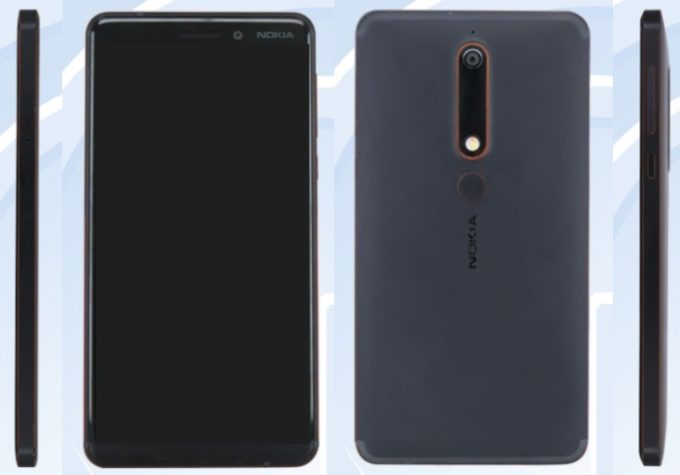 The phone showed up at the website for China’s TENAA wireless regulatory service recently, and a Geekbench screenshot for the phone is also making the rounds. I couldn’t find that exact page on Geekbench, but I did find one that confirms the memory and processor details.

So here’s what we think we know about the new phone so far:

The phone will be available in black, blue, and white color options and it looks like it will probably ship with Android 7.1 software.

Design-wise, the new phone looks similar to the 2017 model, but the bottom bezel is smaller and the fingerprint sensor has been moved to the back of the phone.

Keep in mind, none of these details are official until HMD actually gets around to introducing the Nokia 6 (2018). But with an announcement expected as soon as this Friday, it’s unlikely that too many key features have been changed.

Given the upgrade from a Snapdragon 430 CPU and 3GB of RAM in last year’s model, I wouldn’t be surprised inf the 2018 version of the Nokia 6 is a little more expensive than its predecessor.