It’s been a few years since Mozilla scrapped its program to show sponsored tiles on the new tab page of the Firefox web browser. Now it looks like the organization is giving the idea another try.

Things are a little different this time around though. When you open a new tab in Firefox you see a mix of content including frequently visited sites and recommendations, which are now powered by Pocket, which Mozilla acquired last year. 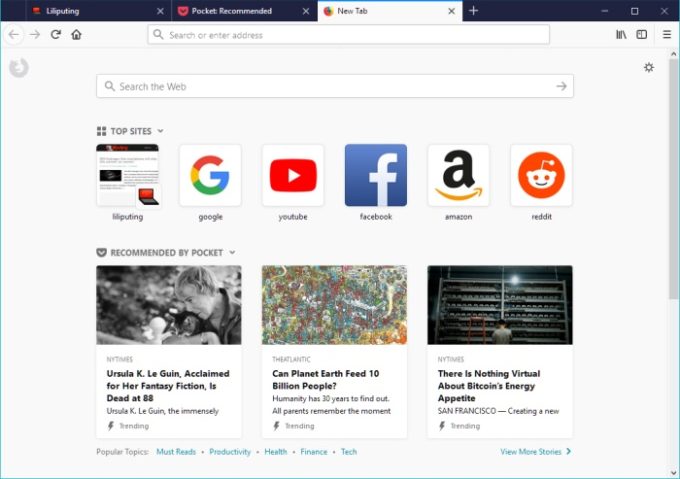 Initially, Mozilla says only a “small portion of US users” will see sponsored recommendations. But if the move turns out to be less controversial this time than it was the last time Mozilla tried to make money by essentially placing ads in the browser, you can expect it to roll out to more users in the future.

One key difference between these sponsored recommendations and most ads is that Mozilla says none of your personal data is collected or sent to advertisers. Everything happens locally within your browser.

Right now that means that the more you use Firefox 57 or Firefox 58 to surf the web, the more likely you are to get personalized article recommendations for content you’re likely to see. Theoretically the same thing should be true of the sponsored recommendations.

Of course most ads on the internet are tailored to your interests based on your web surfing habits, but plenty of people find those ads annoying. It sounds like Mozilla is betting that at least some people find the tracking of personal data by third parties to be more objectionable than the targeting of ads.

Anyway, Mozilla currently makes most of its money from deals with search providers and donations. Advertising would open up another revenue stream… if Mozilla can find a way to do it without annoying the Firefox user base.