It’s available for purchase from Moviphones.com for $600, which seems kind of steep for a phone with those specs… until you realize that this phone also has a built-in pico projector. 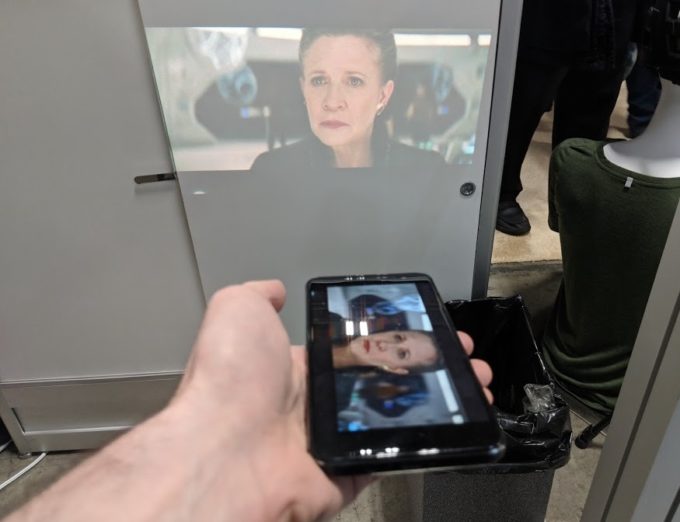 It’d actually be kind of easy to miss that fact, because the phone isn’t all that much thicker than a typical Android handset, and it’s only a little heavier.

The phone uses a 50 lumen laser projector that has a resolution of 1280 x 720 pixels. Wireless Mobi Solution says it can beam images up to 100 inches across, although it’ll probably look sharper and brighter if you stick to somewhat smaller screens.

Theoretically you could use this sort of projector to project movies on a big screen at home, but I suspect the projector is going to be more practical for occasional bursts of activity such as displaying presentations during business meetings or sharing short home movies.

You fire up the projector by opening an app on the phone, which helpfully reminds you not to point the projector at your eyes while it’s in use. Once it’s up and running, anything visible on your screen will be beamed out through the projector.

When shining the projector at a white surface a few feet away in a reasonably bright room, I had no problem seeing videos, apps, or the Android home screen. Speaking of the home screen, it’s locked to portrait orientation, which means the projected image is also in portrait. If you want to watch videos in landscape orientation you’ll need to rotate your screen first otherwise you’ll see a smaller video window. 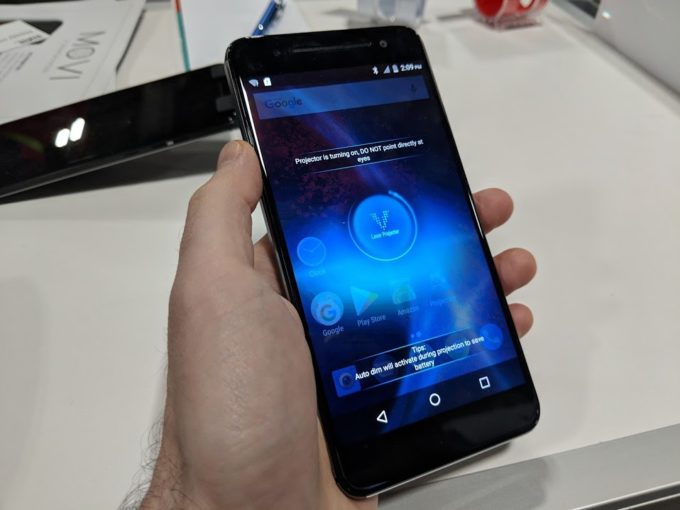 Everything looked a little better in person than it does in the video embedded in this post. I blame the interaction between my camera and the laser projector, which caused some colors to look a little more muted, and even caused the video to be obscured from some angles.

The phone is compatible with AT&T and T-Mobile networks in the US. 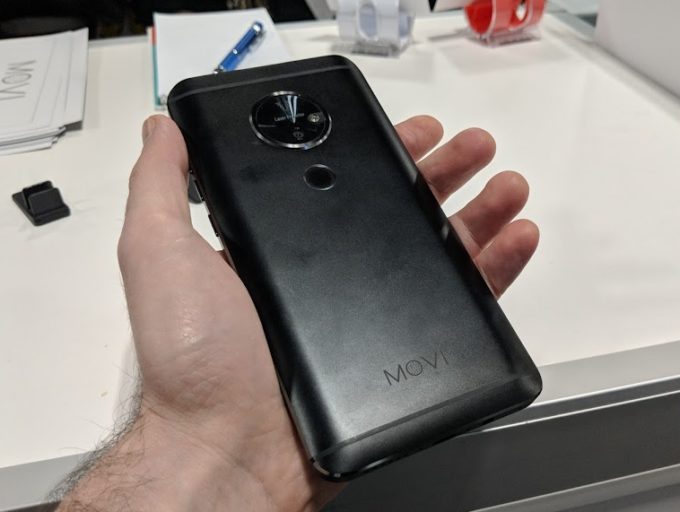 While the phone is up for order, the company was still waiting on FCC and Google Mobile Service certification as of a few weeks ago, so you may have to wait a little while before you can get your hands on one.

Wireless Mobi Solution is also planning to launch a higher-end model with a faster processor and an 80-lumen, 1080p projector in the second half of 2018. It’ll likely sell for about $800.