Google unveiled a whole bunch of products last October, including the Pixel 2 smartphone, the Google Home Mini and Max speakers, and the Google Pixelbook laptop. And most of them have been available for purchase for a while.

And then there’s Google Clips, a $249 connected camera designed to snap pictures and shoot short videos all day and sync with a smartphone app so you can find and share the best shots.

It’s an odd little device that could be really cool in some circumstances, or really creepy in others. And it’s been unavailable so far… but last night Google started taking orders for Google Clips, with estimated ship dates in February and March. 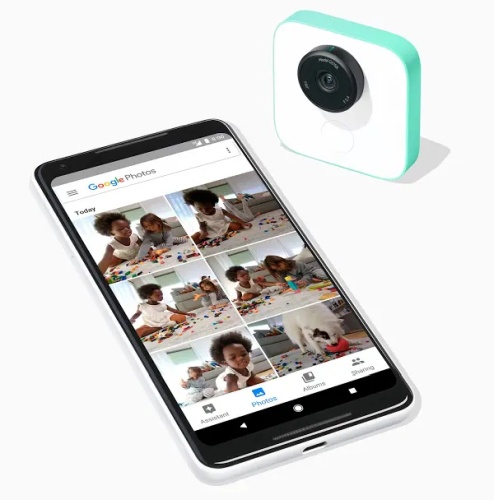 When I checked the Google Store this morning, there was a “join the waitlist” button rather than a “buy” button, so it looks like Google may have taken all the pre-orders it can handle right now.

What’s not clear is whether that means there’s strong demand for the product, or maybe just stronger-than-anticipated demand. For all we know, Google had only planned to manufacturer a few hundred units and they sold out quickly. Sure, that doesn’t seem likely, but it’s possible, right?

After all, who wants to spend $249 on a camera that only shoots still photos and 7 second videos, and only has 3 hours of battery life?

Actually, there are some people who fit the bill… parents of young children are probably at the top of the list. Sure, parents already probably pull out their phone or camera to snap pictures pretty frequently as their kids grow up. But a device like Google Clips could help make sure that you’re capturing interesting moments all the time… without your having to face them through the viewfinder of a camera. It’s a lot easier to be in the shot (and in the moment) if you’re not behind the camera.

Is that worth spending $249 on? I guess it depends on how much money you’ve got lying around… and how well Google delivers on its promise that Google Clips will use machine learning to capture the best moments featuring the people and pets that matter most to you.