You’ve been able to run Android apps on some Chromebooks since mid-2016 by enabling access to the Google Play Store and then downloading and installing apps from the store. You can also sideload Android APK files, but you need to enable developer mode to do that… which will wipe your data and loosen some of the security features of a Chromebook.

Soon it may be possible to sideload Android apps that may not be available from the Play Store (or when using a Chromebook in China or other places where Google Play is not available).

But it looks like the feature will only be available for enterprise users, at least initially. 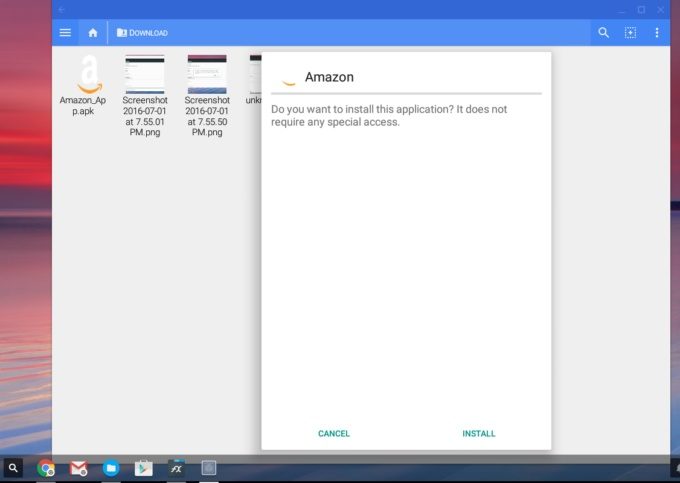 ARC, by the way, stands for Android Runtime for Chrome.

Anyway, as the code commit makes clear, the idea is to let you sideload apps… but it’s aimed at IT administrators who would  presumably enable access on some or all of the Chrome OS devices under their control. It’s not quite as simple as a switch that casual users would be able to flip.

Reading through the bug report associated with this commit provides some clues for why that might be the case. Essentially when you run a web app on a Chromebook, it’s sandboxed to keep processes running in a browser window or tab from affecting the underlying operating system. This is part of the reason Chrome OS tends to be speedy even on relatively low power hardware and one of the reasons the operating system doesn’t need any additional anti-virus software to keep you safe from malware.

Android apps do have more access to the operating system kernel, but Google runs security scans on software uploaded to the Play Store. The system isn’t perfect and sometimes malware or spyware can slip through the cracks. But generally speaking if you install an app from the Play Store on a Chromebook, it’s been scanned for known malware and it should be at least as safe to use on a Chromebook as an Android app running on your phone.

As it stands, the idea is to make it possible… but not necessarily easy. Users should know that there’s a potential security trade-off to enabling support for apps from unknown sources. It looks like the feature may initially be available to IT administrators, who will hopefully know what they’re getting into if they decide to sideload apps. But it’s possible that Google could eventually roll out the feature to other users… possibly with a warning that’s even bigger and scarier than the one already included when you enable apps from unknown sources in developer mode: 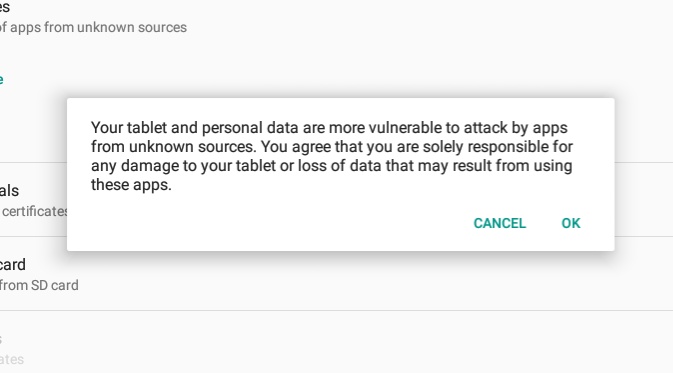 5 replies on “Chromebooks to allow sideloading of Android apps without Developer Mode (enterprise-only feature at launch?)”