My CES 2018 mobile reporting kit basically consisted of a 3 pound, 13.3 inch laptop, a camera, a smartphone, and a few accessories.

So how did it hold up over the course of the week? Pretty well.

I’m on my way back home after spending the last 5 days in Las Vegas covering news coming out of the Consumer Electronics Show, and I’m generally pretty happy with how well my gear met my needs and how well it fit into a backpack that I lugged around with me for up to 16 hours a day. 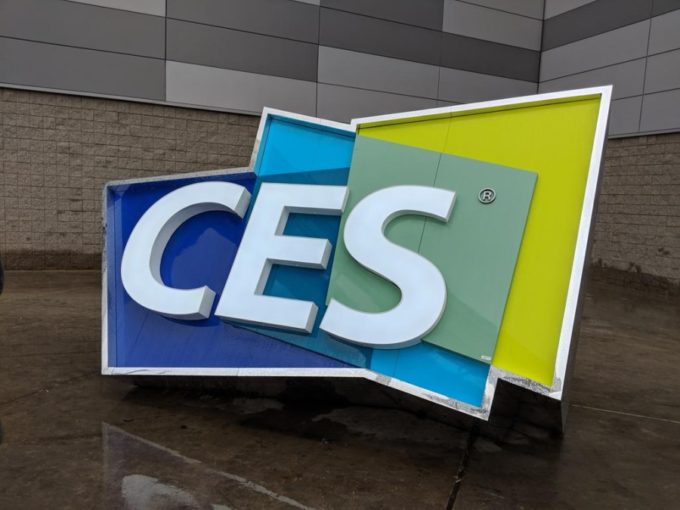 Every single hands-on photo I uploaded to Liliputing this week was shot using my Google Pixel 2. The smartphone really does a great job of capturing high-quality photos in a variety of different environments, including spaces with low lighting or harsh overhead lights.

More importantly, it was easy for me to adjust the lighting effects quickly using the phone’s intuitive tap-to-focus feature than it would have been to achieve similarly sharp, in-focus, and well-lit pictures using my Canon PowerShot SX50 HS camera.

Oh, and the Pixel 2 takes some pretty great selfies. 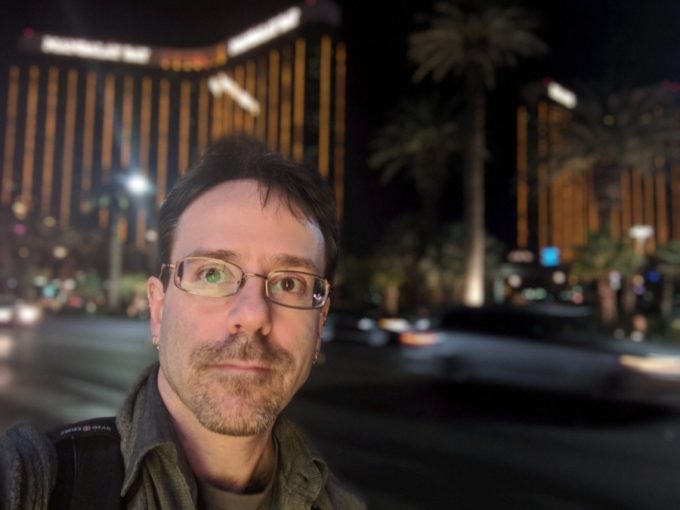 Another nice thing about using the Pixel 2 for photography is that any time I entered a press room or other space with WiFi, my photos were automatically backed up to Google Photos. Rather than plugging my phone into my laptop and copying photos I could just open photos.google.com on my laptop and download or edit images directly.

I did still carry the Canon camera with me everywhere I went, because I still think it does a better job with video than the Pixel 2. The Canon has a better microphone, decent optical image stabilization, and the ability to shoot stabilized video without cropping the image to an awkward level.

I did have to take the SD card out of my camera and insert it into my laptop to upload videos.

Even after applying the latest Windows 10 security updates, my Acer Aspire S13 was a champ. It’s not the speediest laptop around, but any performance hit it may have taken from the Spectre and Meltdown mitigations were imperceptible, although I should note that Acer hasn’t released any firmware updates for this model yet.

But I had no problem researching and writing articles, cropping photos, or transcoding videos (which I did any time I wanted to upload videos over a slow WiFi connection). 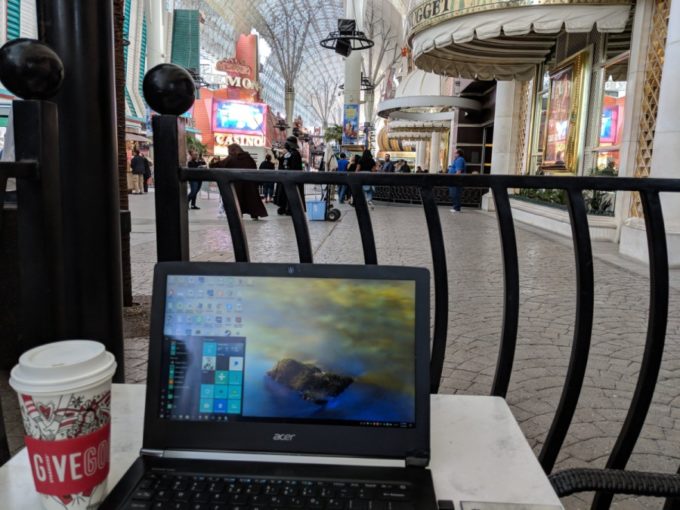 One thing I did have trouble with from time to time was connecting to the internet. WiFi generally worked fine, but there were a few times I tried to use my Aukey USB-C Hub with an Ethernet jack to connect to a wired network, and it only seemed to work with the network about 50 percent of the time.

I can’t say for certain whether the issue was with the networking gear provided to members of the press or with my adapter, but this isn’t the first time I’ve had trouble with the adapter, so I’m thinking it might be time to replace it. USB-to-Ethernet adapters aren’t exactly expensive these days.

Just to be on the safe side, I plugged in my laptop whenever I could. But I often spent hours at a time working on the notebook without a power cable and the battery level never dropped much below 50 percent before I was able to plug it in again.

And while I carried a RAVPower 6,700 mAh portable battery with me everywhere I went in case I needed to recharge my phone on the go, I never once used it.

I did plug my phone into my laptop while it was charging a few times in order to top off the battery a bit. I have no doubt that if I hadn’t been using my phone to take hundreds of photos a day, it would have been able to last from morning until night. But the camera app is a bit of a battery hog, so if I hadn’t been able to plug in the phone at least once or twice a day, that external battery pack probably would have been crucial.

Overall I’m pretty happy with how everything worked out. I’d have been even happier if I could have left the Canon camera in my hotel room, but it would have been difficult to use the Pixel 2 for photos and videos. Maybe the Pixel 3 will be better-suited to that task.

That said, I’m a firm believer in redundancy. While it’d be nice to have a lighter backpack, I’m not sure what I would do if my crashed or the battery died and I didn’t have a spare camera on me.

Unless the battery life in my laptop degrades significantly over the next year or I decide I really want a notebook with a quad-core processor, I suspect next year’s mobile reporting kit will look a lot like this year’s.

Oh, and my Samsung Level On Bluetooth noise-canceling headphones sounded great on an airplane and on Las Vegas buses. I guess it was just that weird Greyhound bus to New York with its rattling bathroom door that caused it to sound funny.

My portable humidifier also helped combat the dry Las Vegas air in my hotel room, but I stayed at a different hotel this year and I suspect that may have also helped. My sinuses were pleasantly surprised.

And for the first time in recent memory, I’m leaving CES feeling less under the weather than I was when I arrived. I’ve still got a bit of a cough that I can’t shake, but I don’t seem to have picked up any new CES flu (fingers crossed).