Last year AMD launched the Ryzen 5 2500U and Ryzen 2700U processors for laptops. Now the company is adding lower-end Ryzen 3 chips. 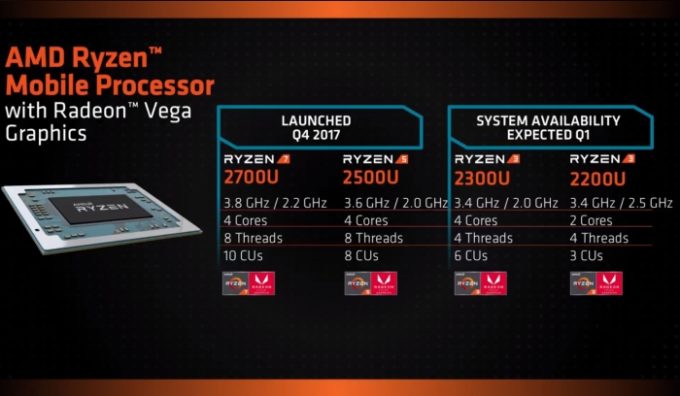 All of the Ryzen Mobile chips are 15 watt processors designed to compete with Intel’s 8th-gen Core U-series processors including the Core i5-8250U and Core i7-8550U). But AMD’s chips feature Radeon Vega graphics, which could give them an edge in GPU-heavy tasks. AMD’s chips also tend to be competitively priced.

New AMD Ryzen PRO mobile processors are also on the way, with security and performance enhancements for commercial and enterprise customers. There will be PRO versions of all Ryzen Mobile chips except the Ryzen 3 2200U.