Amazon’s been offering an Alexa app for Android for a while… and now it finally does what you’d expect it to do. You can fire up the app, tap a button, and speak to Alexa to get answers to questions, set reminders, or control smart home products.

It’s kind of redundant with Google Assistant if you have a phone that already supports Google’s voice service. But if you’ve got an Amazon Echo smart speaker, an Amazon Fire TV, or an Amazon Fire Tablet, this lets you use Amazon’s voice assistant across all of your devices, including your phone. 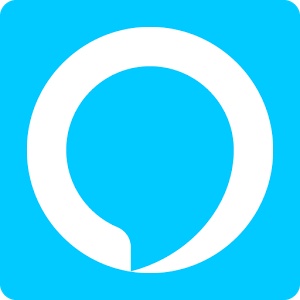 Previously the Alexa mobile app was more of a tool for managing your other Alexa-enabled devices such as Echo speakers or smart home gadgets. A handful of phones have shipped with a fully enabled Alexa voice assistant features, but that’s only been available on a device-by-device basis.

Now you can download the app from the Google Play Store or Amazon Appstore and use Alexa voice controls through your phone.

Keep in mind that most phones still won’t support hotword detection if the app isn’t currently open. If you want to be able to wake your phone from sleep by saying “Alexa,” you’re still going to need something like the Huawei Mate 9.

But a few years after Amazon tried and failed to successfully launch its own smartphone, the company seems to have decided that a smarter strategy is to try to get people to install Amazon apps and services on their existing devices.

According to TechCrunch, Amazon is also planning to bring voice controls to its Alexa app for iOS in the future.