Amazon’s Alexa voice assistant may have started out on the company’s Echo speakers, but soon it’ll be in all the things. It’s already available in Amazon’s own Fire tablet lineup and the company’s Fire TV products. And there are a bunch of third-party devices including speakers and watches that use Amazon’s developer tools to incorporate Alexa.

Recently Amazon announced new tools that would make it easy to bring Alexa to smartphones, headphones, and wearables.

Now it looks like Windows PCs with Amazon Alexa are on the way too. 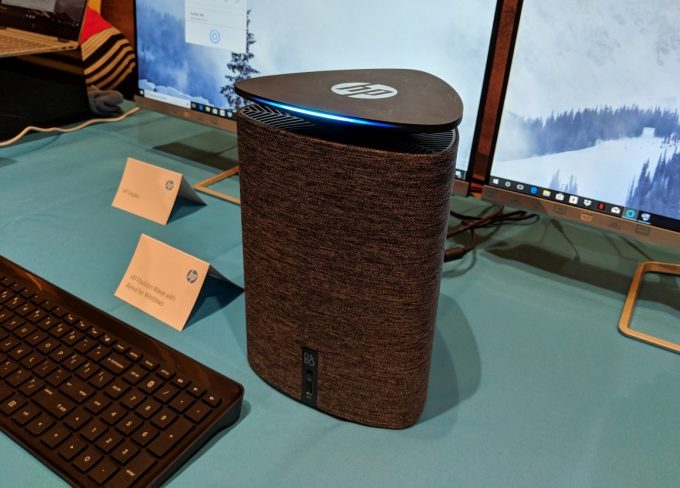 Acer, Asus, and HP have all announced plans to launch computers with Alexa built-in. Of course, since these are going to be Windows 10 PCs, Alexa isn’t your only option: all of the computers will also have native support for Microsoft’s Cortana voice assistant.

But if you prefer Amazon’s assistant to Microsoft’s or just already use it on your Echo speaker and want to have a more unified experience across devices, Alexa integration could be a good thing.

HP will bring Alexa to its Pavilion Wave desktop computer, which makes sense since it’s a computer that already kind of looks like a smart speaker (and which has integrated mics and speakers). The new Alexa-enabled version has a 4-mic array with far field voice detection and LED lighting that glows when Alexa is in use (see above).

Acer plans to roll out an Alexa update for its Aspire all-in-one desktops as well as some of its Spin, Swift, and Switch notebooks.

And some Asus Zenbook and VIvobook laptops coming this year will also feature Alexa support.