The Asus Tinker Board is a single-board computer that looks a bit like a Raspberry Pi, but which has the same Rockchip RK3288 ARM Cortex-A17 quad-core processor that powered the first-generation Asus Chromebook Flip.

The little computer can run Debian Linux or Google Android software, and the first model launched in 2017 for about $60.

Asus is showing off a new $80 model at the Consumer Electronics Show this week, and it’s almost identical to the original. The only real difference? You don’t need to use a microSD card anymore (unless you want to), because the new Asus Tinker Board S has built-in storage. 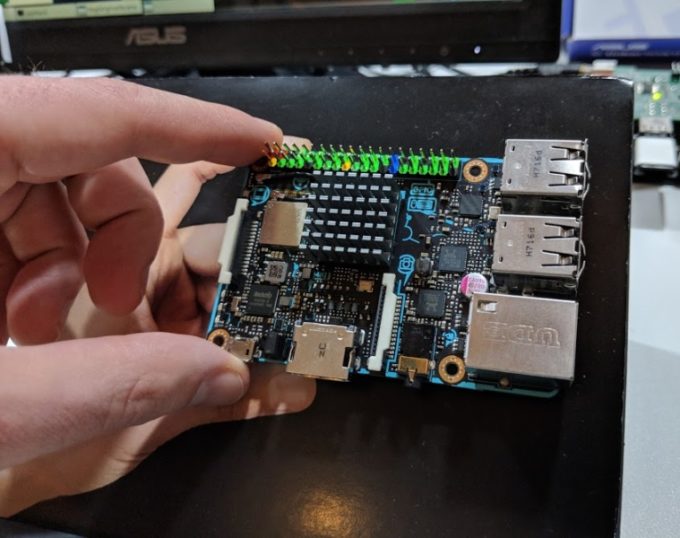 It’s not a lot of built-in storage. But with 16GB of eMMC flash storage, the Tinker Board S has enough space to install an Android or Linux operating system and a few apps, games, or videos.

You can always extend the storage space by adding a microSD card, but Asus says the internal storage means that the device works out of the box without any additional hardware… and while eMMC isn’t exactly the fastest type of solid state storage around, it’s probably faster than the microSD card you would have used with the original Tinker Board.

Other features include 2GB of RAM, an Ethernet jack, four USB ports, and an HDMI port.