TuneIn is probably one of the most popular mobile apps for streaming radio stations, but a little over two years ago the company also launched a TuneIn Premium subscription service that lets you stream ad-free content, listen to live sports broadcasts, and stream audiobooks.

Now the company is shutting down the audiobook portion of that service, effective January 15th, 2018. 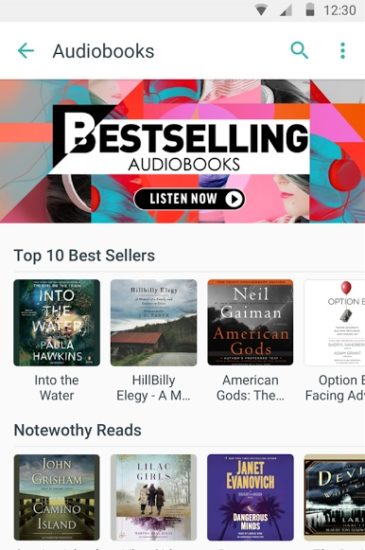 TuneIn began notifying subscribers this week that audiobooks would not be available starting in mid-January.

If you signed up for TuneIn Premium just for the sports or commercial-free streaming, then you’re probably not particularly put out by the change. But customers who pre-paid for the service specifically to stream audiobooks are not exactly pleased, especially since TuneIn does not seem to be offering any refund options.

As Android Police notes, the description for the TuneIn Radio Pro app in the Google Play Store still mentions audiobooks, which could lead to some confusion… and one of Google Play’s holiday deals is a 40 percent discount on TuneIn Pro subscriptions.

In other words, Google and TuneIn are tempting people to sign up for a service less than a month before one of its main features disappears.