Spending time with family over the holidays, there came a moment where nearly everyone in the room was looking at their smartphone. One person was making a video call to friends and family far away. Others were looking at photos that had just been snapped and shared to a group. And younger folks were playing games or checking social media.

10 years ago it would have been hard to imagine this scene. Most adults in the room probably had cellphones a decade ago. But smartphones that could do all those things? Those were a niche category still in its infancy.

It’s a stage most new technologies have to go through. HDTV and 4K TV sets were too expensive for anyone but early adopters to buy at first. Now it’s hard to find a TV that’s not at least 720p.

But what about wearables? Will they ever graduate from a niche technology? The analysts at eMarketer have looked at the latest sales trends, and they’re not too optimistic. 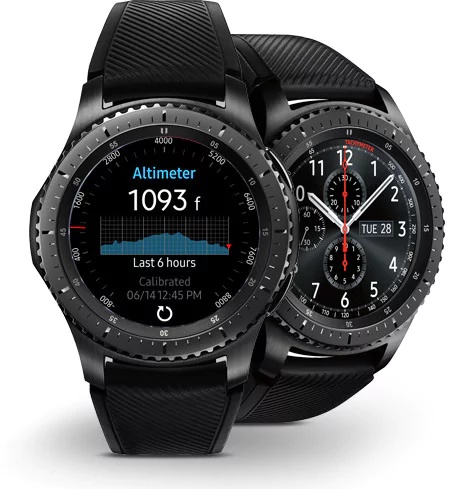 According to eMarketer, the number of adults in the US with a “wearable” device reached 44.7 million, or about 17.7% of the population in 2017. And most of those devices were fitness trackers, not smartwatches.

The firm expects the numbers to climb to 50.1 million (19.6%) next year, but growth is expected to stay in the single digits for the next few years.

When wearables were newer, there were projections suggesting big growth year after year. And you could argue that the technology still hasn’t matured, so shoppers are still waiting for the must-have device that hasn’t yet been launched.

But while smartphones offered an always-connected news, information, communication, gaming, and entertainment platform that was unlike anything that had really preceded them, smartwatches… basically offer a subset of those features. On your wrist.

Until wearables can actually replace a smartphone, they’ll always be more of an accessory that gives you a new way to interact with your phone. And they’re pretty expensive gadgets if all they do is save you the few seconds it might take to fish your phone out of your bag or pocket.

Personally I wouldn’t be surprised if eMarketer’s wrong and that instead of slow growth in the coming years we’ll actually see negative growth. Or maybe we’ll get to the point where smartwatch makers come up with a killer app that really does make them a must-have.

Even with 4G-ready models hitting the streets, I have a hard time imagining watches replacing smartphones anytime soon. The popularity of big-screen phone suggests that people aren’t looking for gadgets with a smaller display.

But maybe one day a Google Glass/Microsoft Hololens/Magic Leap-style augmented reality device will do the trick. A wearable gadget that puts a virtual screen right in front of your eyes and which also offers all the features of a smartphone does seem like it could be a step up from the smartphone experience… if device makers can offer a heads-up display with all-day battery life and a design that doesn’t make you look like a monster in a B movie.

Or maybe we’ll just keep using phones as our primary mobile computing devices, and gadget makers will keep trying to come up with other things for us to spend money on. eMarketer says the future of smart speakers still looks pretty bright.

19 replies on “Report: smartwatches will probably always be niche devices”