Qualcomm’s Snapdragon 845 processor is coming in 2018, and as you’d expect, it’ll be faster than this year’s Snapdragon 835. But CPU speed is just the tip of the iceberg.

The Snapdragon 845 is said to be offer a 30 percent boost in graphics performance, 30 percent better power efficiency, and 2.5 times faster display throughput.

The chip features Qualcomm’s new Adreno 630 graphics processor, a new Spectra 280 image signal processor, and other features that the company says will lead to higher performance photo and video capture, enhanced computer vision capabilities for facial recognition (among other things), and more. 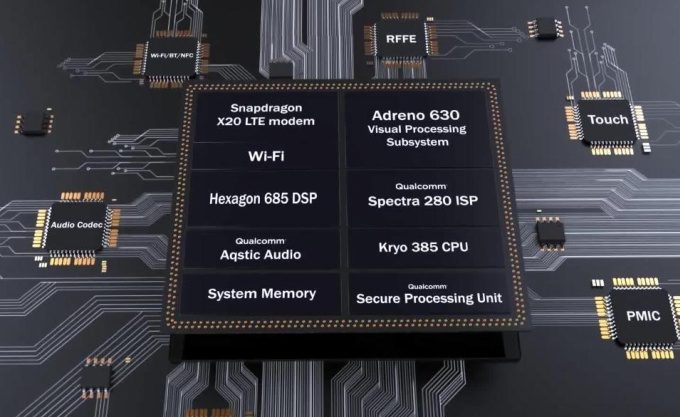 The Snapdragon 845 is an octa-core processor with 4 Kryo 385 “performance cores” with top speeds of up to 2.8 GHz, and 4 “efficiency cores” that top out at 1.8 GHz. That adds up to a CPU that’s between 10 and 25 percent faster than a Snapdragon 835, depending on the task it’s performing.

Here are some of the other improvements Qualcomm says are coming with its Snapdragon 845 porcessor:

That last point is interesting, because it enables depth-sensing on phones with dual cameras without requiring special infrared cameras or laser projectors like those used for the iPhone X or Google Tango devices. Instead, it can process data from two camera lenses to sense depth based on the tiny differences in images captured from lenses placed a few millimeters apart from one another.

Of course, it’ll be up to phone makers and software developers to tap into all these new features with the appropriate hardware, operating system updates, and mobile apps.

The Snapdragon 845 also has a new “Secure Processing Unit,” which is a co-processor that can protect secure data from a fingerprint, face, or iris scanner in an environment that’s isolated from the operating system.

via Qualcomm, Engadget, and MobileSyrup