Another day, another cheap, tiny computer from the folks who make the Orange Pi line of Raspberry Pi lookalikes.

This time it’s the Orange Pi One Plus, a mini computer with an Allwinner H6 V200 quad-core, ARM Cortex-A53 processor and ARM Mali-T720MP2 graphics.

Probably the most interesting thing about this little computer? It can support 4K and HDR content… and it sells for just $20 (plus shipping). 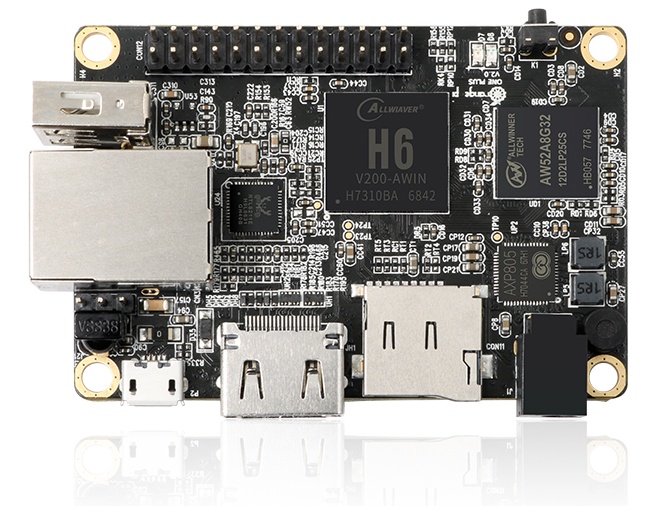 The little computer features 1GB of RAM, a microSD card slot for up to 32GB of storage, a Gigabit Ethernet jack, an HDMI 2.0a port with support for up to 4K60 content, a USB 2.0 port, and a micro USB port.

At launch the Orange Pi One Plus supports Android 7.0, but developers are hoping to port Ubuntu and/or Debian Linux to run on the devices. There are already Linux image available for most other Orange Pi products, but this is the first to use the Allwinner H6 chip.

As CNX-Software notes, that chip should support USB 3.0 and other features not included in this board. But since the Orange Pi One Plus seems to be a minor update to a single-board computer released nearly 2 years ago, it’s possible that the company simply repurposed an existing design, added a new processor, upgraded the RAM and HDMI port, and called it a day.

4 replies on “Orange Pi One Plus is a single-board computer with Allwinner H6 processor, 4K support”