2017 is the year AMD chips became viable alternatives to their Intel counterparts again, and not just cheaper options. The company’s new Ryzen chips based on Zen architecture offer huge performance gains over previous-generation AMD chips as well as improved efficiency. So while Ryzen desktop and mobile chips aren’t always quite as fast as comparable Intel processors, but they’re closer enough that most users probably won’t care.

But that’s 2017. What about 2018? According to leaked product roadmap pictures, it looks like we can expect AMD to begin launching 2nd-gen Ryzen chips as soon as February. 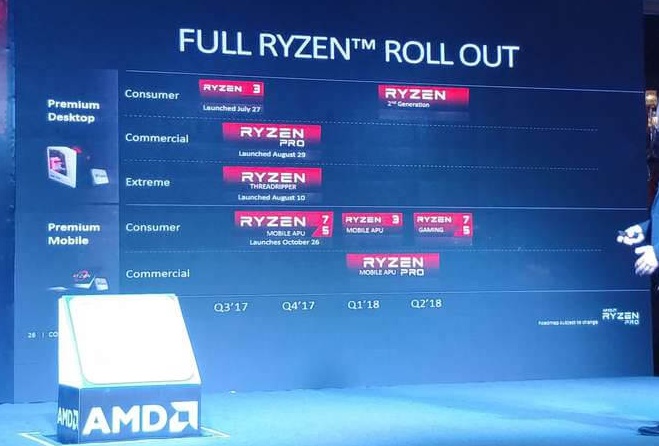 The first of those chips will be “Pinnacle Ridge” processors aimed at desktop computers. According to TechSpot, and moepce.net, the new chips should offer higher top speeds, improved power consumption, and possibly support for faster memory as well.

The leaked roadmap also suggests that we could see new laptop chips in the coming months, including a Ryzen 3 Mobile APU and Ryzen 5 and Ryzen 7 chips aimed at gaming laptops.