Kodi is a popular, open source application that turns a PC, an Android device, or many other gadgets into a full fledged media center with a TV-friendly user interface for accessing music, movies, photos, and more.

It got its start many years ago as a project designed to turn the original Xbox game console into an entertainment system and not just a game console that could play DVDs. At the time the project was called XBMC, or Xbox Media Center, but eventually the developers changed the name in order to avoid trademark issues.

While Kodi/XMBC started out as an Xbox application, it outgrew those roots a long time ago, and there hasn’t even been an official version that runs on Xbox consoles since 2010.

Now there is. Again. Sort of. 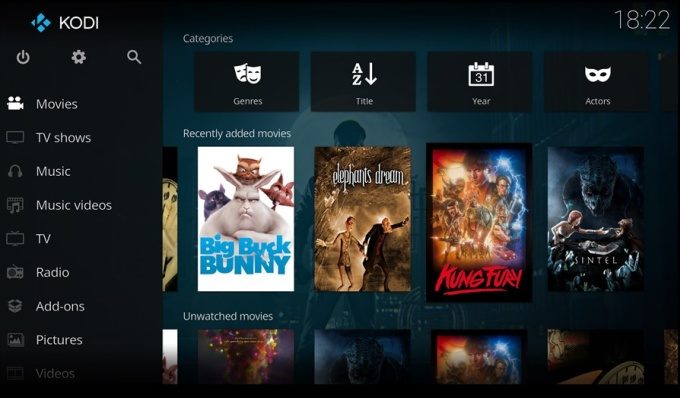 The Kodi team released a Universal Windows Platform version of the app last year, allowing users to download the program from the Microsoft Store. But at the time the app was still PC-only. It couldn’t run on phones or Xbox consoles.

But over the past year, a group of Kodi developers has been working to make a truly universal version of the app that can run on any Windows 10 device… including the Xbox One.

Now it’s available for download from the Microsoft Store. It looks exactly like the version of Kodi that runs on Windows or Linux, or Mac PCs and Android devices. But this is still an early build that may not be as stable as Kodi for other platforms.

Some fetures are also unfinished. There’s no support for Blu-ray discs or attached storage devices yet. Network support only works with NFS:// shares for now. Some add-ons may not work. And you may only be able ot see a portion of your music and vidoe folders.

In other words, Kodi has come full circle by supporting an Xbox device again for the first time in 7 years. But it’s still a work in progress that may not be all that useful for some users yet.

For now, you may still be better off running Kodi on a Raspberry Pi, a PC, or an Android box if you want a fully functional version of the application. But if you’ve already got an Xbox One and want to make it a bit more useful as a general purpose entertainment system, it’s probably worth keeping an eye on the Kodi team’s progress in the coming months.

In related news, if you are running Kodi on a PC, the developers say the 64-bit version is now on par with the 32-bit version of the software when it comes to features. So if you’ve been holding off on making the switch, there’s no time like the present. Running the 64-bit installer should upgrade 32-bit installations seamlessly.