HP has been offering Envy x2 tablets with detachable keyboards for a few years, but the company’s new Envy x2 model is the first to use a Qualcomm Snapdragon 835 processor rather than an Intel chip.

Among other things, that means the new HP Envy x2 will be thinner and lighter than its predecessors. But it will also offer longer run time: HP says the Envy x2 with Qualcomm Snapdragon should get up to 20 hours of battery life. 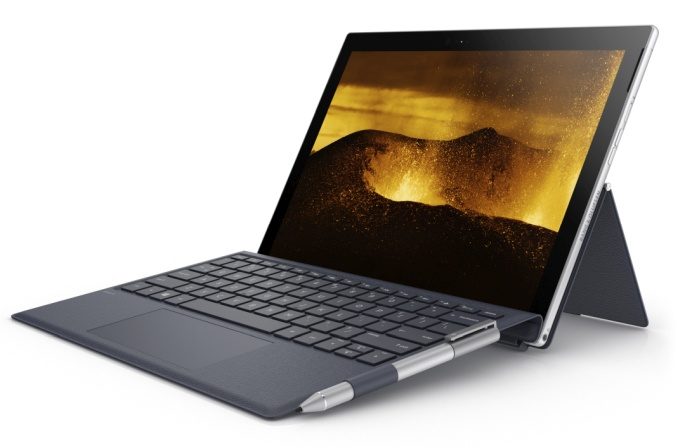 The new Envy x2 is a fanless tablet with an aluminum body. It measures less than 0.3 inches (6.9mm) thick (not counting the keyboard), and weighs about 1.5 pounds. It also comes with a pen, supports up to 8GB of RAM, and up to 256GB of storage.

The tablet has a 1920 x 1280 pixel display, comes with built-in 4G LTE connectivity thanks to Qualcomm’s X16 LTE modem, and it’s an “Always Connected PC,” which means it offers smartphone-like instant-on capabilities and support for incoming message notifications even when the screen is off.

HP will ship the tablet with a keyboard cover that also acts as a stand that lets you prop up the tablet at 110 degree or 150 degree angles. The keyboard is backlit and has 1.3mm key travel.

It’s worth noting that while the HP Envy x2 will ship with Windows 10 S, users will be able to upgrade to Windows 10 Pro. 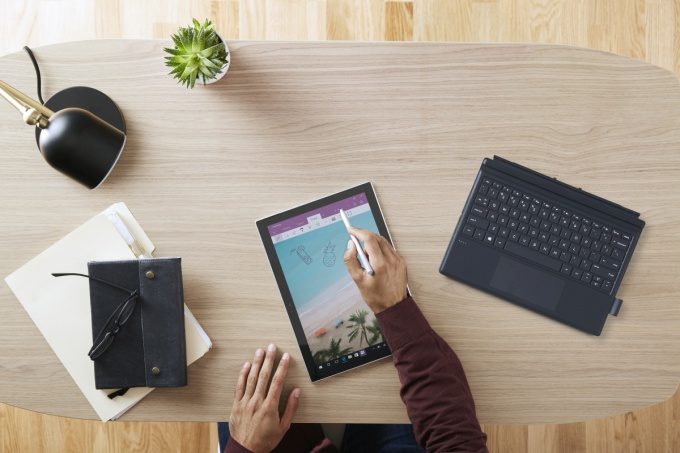 In other words, despite the fact that this computer has an ARM-based processor, it’s capable of running full-fledged Windows software. Microsoft worked with Qualcomm to emulate an x86 instruction set to ensure that all Windows applications can run on Snapdragon 835 chips, not just Windows Store applications. That’s what makes Windows 10 on ARM different from Windows RT, Microsoft’s failed attempt to bring Windows to devices with ARM-based processors a few years ago.

Microsoft and Qualcomm says you should see apps run at near-native speeds, but we’ll probably have to wait for devices like the new HP Envy x2 to hit the streets before we know how they compare with Intel-powered computers in real-world conditions.

One thing I wouldn’t necessarily expect? For these computers to be significantly cheaper than their Intel-powered counterparts. While it’s unclear whether a machine with a Snapdragon 835 chip will be faster than one with an Intel Apollo Lake or Gemini Lake processor, Qualcomm and Microsoft are clearly positioning Always Connected PCs as a whole new category of device with long battery life, even longer standby time (the Envy x2 is said to offer up to 29 days of connected standby time), and thin, light, fanless designs.

HP says pricing for its first Always Connected PC will be announced closer to the tablet’s release date.

Update: I got a chance to spend a little time with a pre-production version of the tablet today.