HP’s first Windows PC powered by a Qualcomm Snapdragon 835 is coming next spring, but I got a chance today to spend some time with a pre-release version of the upcoming HP Envy x2. 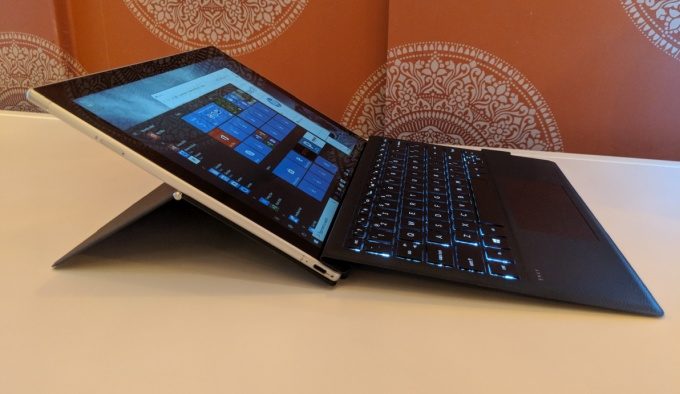 It’s a 2-in-1 tablet with a 12.3 inch display, a detachable keyboard cover, and a digital pen. And honestly, if I hadn’t known it was using a Snapdragon processor, I might not have guessed. It felt reasonably responsive when running Microsoft Excel and the Edge web browser.

I only had a few minutes with the computer, and HP representatives say they haven’t run benchmarks yet to see how the performance compares with a similar PC sporting an Intel or AMD processor… but the company does suggest that if you want a high-performance computer you’re probably better off going with a model featuring an x86 processor.

What makes the HP Envy x2 with its ARM-based CPU special is its thin, light, and fanless design, its extra-long battery life, and its always-connected capabilities.

The HP Envy x2 weighs just about 1.5 pounds, measures less than 0.3 inches thick, and it feels remarkably light for a tablet with a 12.3 inch display. It’s pretty comfortable to hold in one hand, and if you’re a digital pen fan, you can use one with the HP Envy x2, which would make this a pretty decent writing slate.

My handwriting is horrible, so I’m more interested in the computer’s laptop mode. It comes with one of the more interesting keyboard covers I’ve seen. The cover protects both the front and back of the tablet when folded up. But there’s a flap on the back that you can fold down to use as a kickstand.

It supports pretty much any angle from 110 to 150 degrees, giving you some control over the position of the screen while you’re typing. It’s not quite as much control as you’d get from a more traditional laptop-style device, but it’s pretty good for a keyboard cover kickstand. 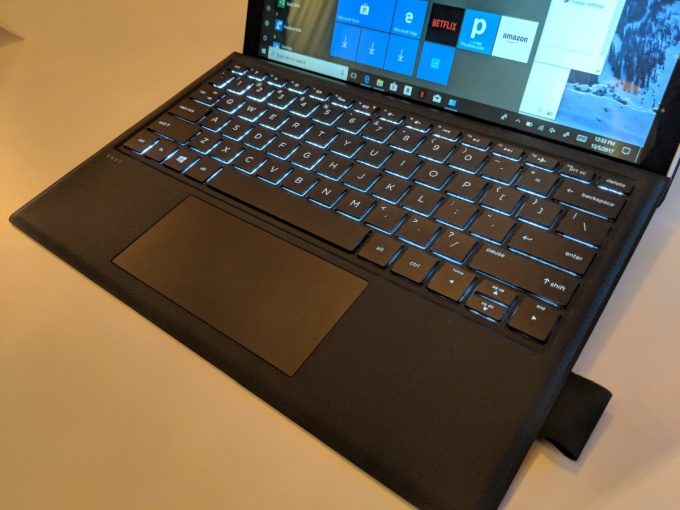 Out of the box, the HP Envy x2 ships with Windows 10 S. But users can upgrade to Windows 10 Pro for free if they do it by September, 2018. I suspect the choice between operating systems is basically a choice between frustrations: do you want a stripped down version of Windows that only runs apps from the Windows Store? Or do you want a more capable version of Windows that runs any Windows application… including some more resource-intensive applications that may not run all that well on the relatively slow hardware.

That’s not entirely a new choice: try running Adobe Premiere on a computer with an Intel Celeron N3060 processor and see how much fun you have. 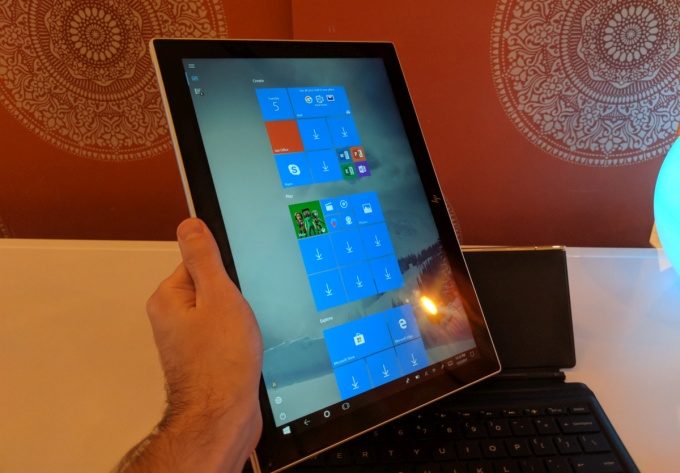 On the other hand, that Celeron N3060 processor won’t offer up to 20 hours of battery life or up to a month of connected standby time, which is what HP says you should be able to get from this computer. When you turn off the screen, the computer enters connected standby and operates a lot like a smartphone with the screen off. You’ll be able to continue getting updates and notifications in the background, and pressing the power button will bring the computer back to life almost immediately.

Its built-in Qualcomm Snapdragon x16 LTE modem means that you’ll also be able to get notifications and updates in the background whether you’re at home, the office or on the go (assuming you pay for a data plan).

What remains to be seen is whether those features are compelling enough to justify buying a computer that has less raw horsepower than a mid-range laptop with an AMD or Intel chip and which currently only supports 32-bit applications, because Qualcomm and Microsoft haven’t yet added support for running 64-bit Windows apps on devices with Snapdragon 835 processors.