About two months after the first pictures of a GPD Win 2 prototype hit the web, the company has revealed the specs for its 2nd-generation handheld gaming PC.

As expected, the new model has a bigger screen, a faster processor, and an improved keyboard to help set it apart from the model I tested last year.

It’s expected to go up for pre-order through an Indieogogo campaign on January 15th, and the GPD Win 2 could ship sometime around April, 2018.

Update: The GPD Win 2 will sell for around $699, but backers of the upcoming Indiegogo campaign will be able to reserve one for $599. 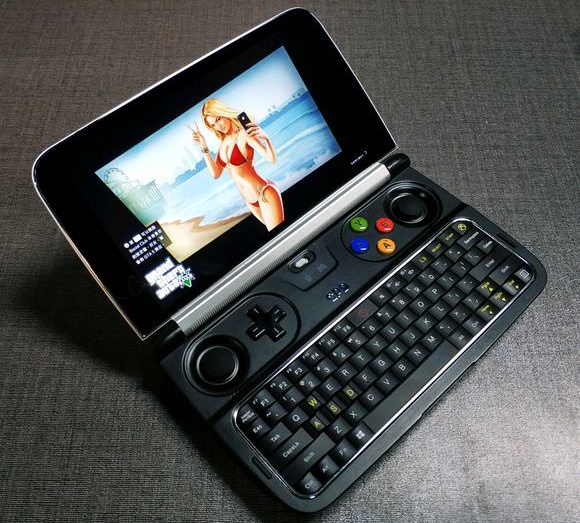 Here’s a run-down of the specs, courtesey of vcolerio1:

While the Core M3-7Y30 processor isn’t exactly designed for gaming, it’s significantly faster than the Atom x7-Z8700 chip used in the original GPD Win, and also features higher performance Intel HD graphics, which should make it more suitable for playing games (or using game console emulators) that require a little more horsepower than the first GPD Win was able to deliver.

The system has a heatsink and fan that’s said to be able to move hot air away from the CPU 8 times faster than the current model. That means the system won’t exactly be silent, but hopefully your hands won’t melt while holding it.

GPD has redesigned the keyboard so that it stretches across the body of the device, which should make typing a little more comfortable, although this is very much a keyboard designed for thumbs rather than 10-finger touch typing. The gaming buttons above the keyboard have also been redesigned with a new layout and colorful X, Y, A, and B buttons.

There’s no word on the price yet, but the original GPD Win sells for under $400. Given the upgrades, I’d expect the new model to be a bit pricier, but we’ll have to wait a little longer to fined out for sure.