Last month Google began telling developers of Android apps that used the operating system’s accessibility services in unexpected ways that they’d have to modify their apps or have them pulled from the Play Store.

In one way, that makes sense: accessibility services like screen readers grant apps access to a lot of information they wouldn’t otherwise have, which poses potential security and privacy risks.

In another, the crackdown was unexpected, since apps like Tasker and LastPass had been using accessibility services for years. Now Google is telling developers it’s not going to pull their apps from the Play Store… yet. 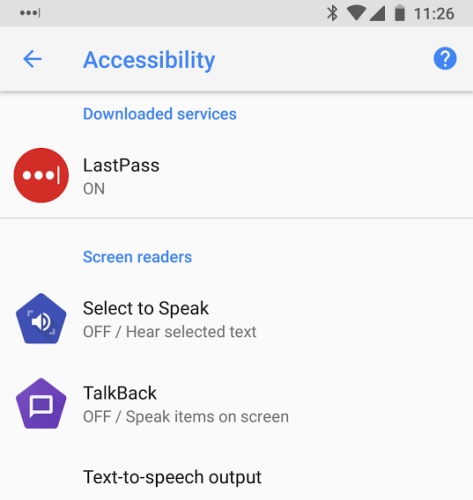 Originally the company had given developers 30 days to make changes. But now the company is sending notices to those developers saying that it’s “pausing the 30 day notice we previously contacted you about.”

Does that mean Tasker is saved? It’s a bit too soon to say. But there are certain functions of automation apps like Tasker that would hard to be replicate using Google’s official APIs, which means that unless Google comes up with another solution it’s likely that some app developers will end up offering crippled versions of their apps through the Play Store and/or more powerful versions that are available from outside the Play Store.