Oh, and there’s reason to think that the upcoming OnePlus 5T will look a lot like the Oppo R11s. 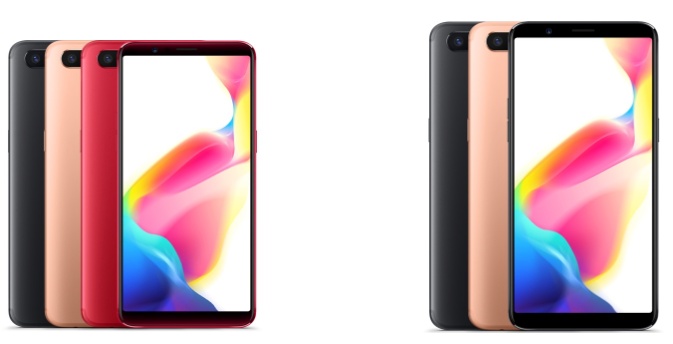 OnePlus was founded by former Oppo executive Pete Lau, and the two companies are both owned by the same parent company, BBK.

So it’s not surprising that many OnePlus phones have a more-than-passing resemblance to similar devices from Oppo. This summer’s OnePlus 5, for instance, had a design that was nearly identical to the design of the original Oppo R11… although the OnePlus phone had better specs under the hood.

With the rumor mill suggesting that the OnePlus 5T will have the same basic specs as the OnePlus 5 but a new design with slim bezels and an 18:9 display, it’s interesting to see that Oppo just launched an updated R11 with exactly those changes.

Anyway, the Oppo R11s and R11s Plus are expected to sell for around $450 and $560 respectively, although they’ll only be available in China t launch.

via Android Authority and GSM Arena