After launching a $25 single-board computer capable of 4K video playback this summer, Libre Computer is back with several new models… and this time prices start at just $9…  if you back the company’s crowdfunding campaign on Kickstarter. 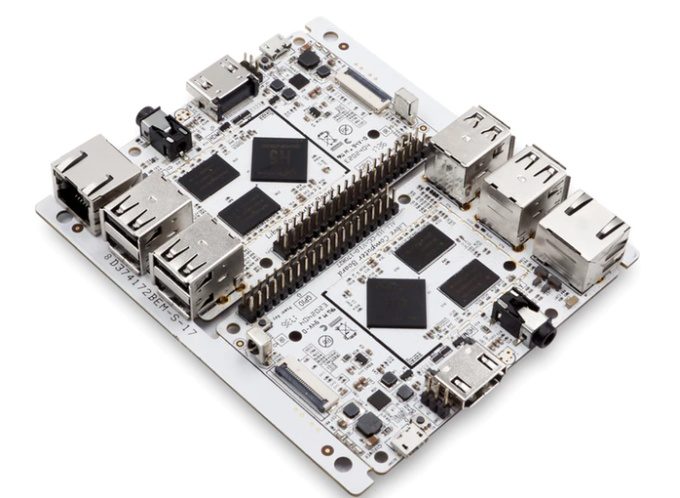 The new board is called Tritium, and it’s about the size and shape of a Raspberry Pi 3 Model B, but this little Linux-compatible computer comes with a choice of three different processor and memory configurations:

In other words, even the highest-priced model is cheaper than a Raspberry Pi. But it’s worth noting that none of these systems includes built-in WiFi or Bluetooth, so you’ll need to add your own USB dongles if you want those features.

All three models have four USB 2.0 ports, an Ethernet jack, a microSD card slot, an eMMC interface, and a CMOS camera interface.

In addition to the bare boards, Libre Computer is offering a couple different “kit” options:

Interestingly, Libre Computer notes that its new Allwinner-based boards aren’t as fast as the “Le Potato” board that it launched this summer. But while Allwinner doesn’t necessarily provide a lot of assistance to the free and open source software community, there’s an active community of third-party developers working to bring Linux support to the chips. They’ve already made a fair amount of progress adding support for Allwinner chips to the mainline Linux kernel.

Libre Computer says it’ll provide Ubuntu 16.04 and Android Nougat builds that can be run from eMMC or microSD storage.